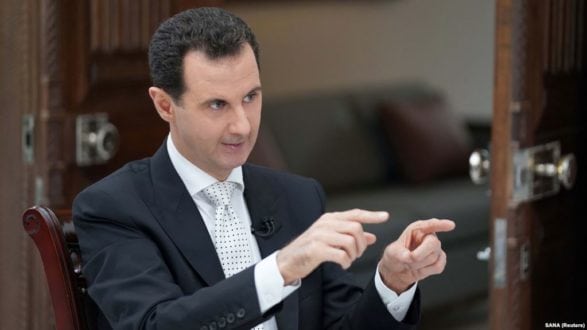 Radiofarda – On the same day Iran’s foreign minister Mohammad Javad Zarif agreed to take back his resignation, Bashar Assad invited him to visit Syria, reported the official news agency IRNA, without specifying a date for the trip.

Immediately in the same evening the foreign minister announced his resignation, referring to his absence at Assad meetings. He complained on social media that not being asked to be present has hurt his credibility.

In recent months other officials have increasingly intruded on Zarif’s turf and he he has endured constant attacks by Iran’s hardliners, being accused of weakness in his dealings with the West.

Zarif’s resignation created a shock among Iranians. President Rouhani and a majority of parliament members immediately came to his defense and eventually Rouhani rejected the resignation, leading Zarif to say he will stay on.