Al-Arabia – Iran’s militias were behind the chemical attack targeting Aleppo, and they seek to abort the Sochi deal in Idlib, the head of the High Negotiations Committee, Naser al-Hariri, told al-Hadath news channel. 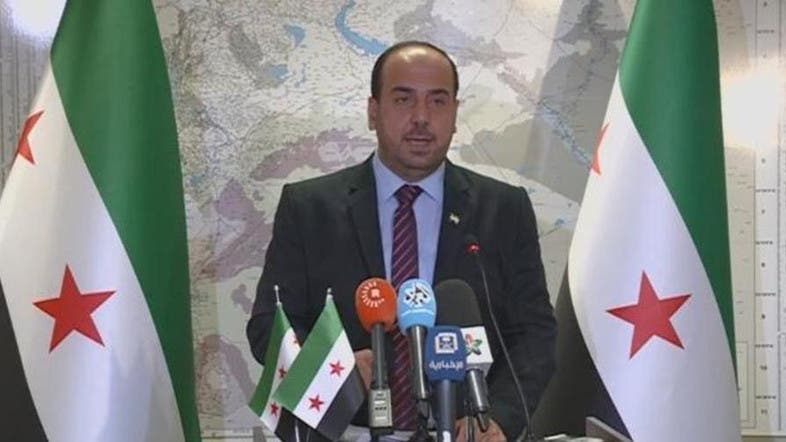 The head of the High Negotiations Committee, Naser al-Hariri, said that Iran’s militias were behind the chemical attack targeting Aleppo. (File photo: Supplied)

The High Negotiations Committee is an umbrella body which was created to represent the Syrian opposition in the planned Geneva peace talks in 2016.

The deal to create the demilitarized zone staved off an army offensive against the Idlib region, including nearby parts of Aleppo and Hama provinces.

Earlier this month, Moscow accused insurgents of trying to wreck the deal, while rebels accused the Syrian army and its allies of attacking the region.

Abdul-Salam Abdul-Razzaq, the military commander of the National Liberation Front (FNL), said that the opposition had no chemical gases or capabilities to launch them. “This is a lie, the revolutionaries do not have a chemical weapon or laboratories to equip it, and they do not have most of the means of use,” he said in a tweet.

“The Iranian presence in Syria and in the south in particular is unprecedented. Iran has recently established many military sites, headquarters, training centers and others,” said Hariri, who was recently re-elected as head of the negotiations committee.

He added that Tehran is “part of the problem and not part of the solution to the Syrian cause, and any role, decision or attempt to trim or weaken Iran militarily, politically or economically, will have a positive impact on the Syrian file, but these actions alone are not enough.”