VOA – The U.S. House of Representatives voted overwhelmingly Tuesday in favor of imposing new sanctions on Iran, a move that most likely will further exacerbate tensions between Washington and Tehran.

U.S. officials said further sanctions were warranted as a result of Tehran’s destabilizing influence in the Middle East and support for terrorist groups, as well as the Iranian government’s continuing missile development program, in defiance of the 2015 nuclear agreement with the United States and other major powers.

The sanctions bill targets not only Iran, but also North Korea and Russia. It toughens sanctions on Russia because of its interference in the U.S. presidential election last year. North Korea was included as a result of its “provocative” missile tests and avowed intention to build an intercontinental nuclear weapons system.

The bill, which passed 419-3, was seen as a rebuff to President Donald Trump, whose administration had sought to weaken the bill by preventing Congress from blocking any subsequent presidential decision to lift the sanctions. The only “no” votes came from three members of the House Republican majority.

The House vote followed a similarly overwhelming vote on the new sanctions last month by the U.S. Senate.

Some analysts have suggested that Tehran could respond to the sanctions by displaying more of the advances achieved by its missile development program. The agreement between Iran and the major powers — the Joint Comprehensive Plan of Action, as it is known formally — included restrictions on Iran’s missile program as part of the overall goal of ensuring that Iran takes no action to develop nuclear weapons. 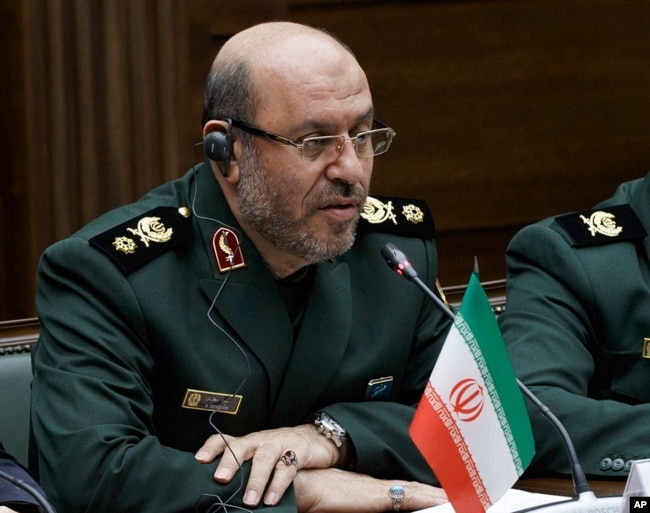 Iranian Defense Minister Hossein Dehghan announced this week that his country had made a “great achievement” by beginning production of Sayyad 3-missiles — rockets that can reach an altitude of almost 17 miles (27 kilometers) and travel up to about 75 miles (120 kilometers).

The Sayyad-3 missile is more of a psychological weapon than one with military significance, according to Farhad Rezaei, a fellow at the Belfer Center for Science and International Affairs in Washington.

Rezaei said Tehran’s announcement about Sayyed-3 production was a message from Iran’s Islamic Revolutionary Guard Corps that additional sanctions from major powers would be met by the Iranian government with increased investment in its missile arsenal.

Military experts think Iran’s new missile is akin to the SAM S-200, a surface-to-air missile designed to destroy aircraft or other missiles. 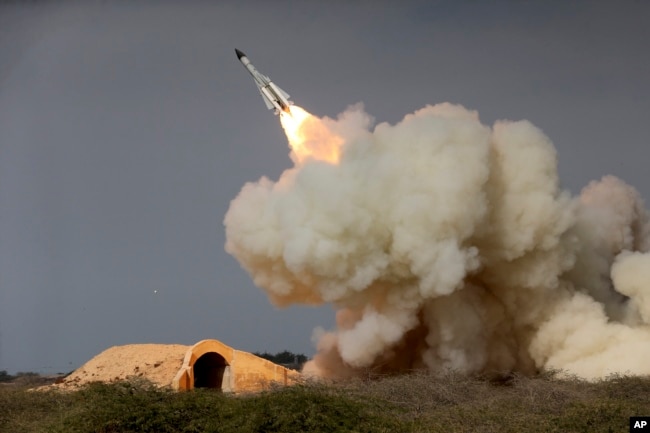 “This missile is supposed to tackle different types of threats, such as radar-evasive fighter planes, unmanned aerial vehicles and cruise missiles,” said Babak Taghvaee, a military expert based in Malta.

Taghvaee said the Sayyed-3 is now part of the arsenal of the Iranian air defense force’s HAWK-I SAM program, which was begun after Russia stopped supplying advanced S-300 missiles to Iran.

Russia froze the transfer of S-300 surface-to-air missile systems to Iran for several months in 2010, until Tehran reached an agreement with the U.N. Security Council’s five permanent members over its nuclear program. Moscow later lifted the ban.

Iran’s Press TV aired a report showing the new missile’s precise targeting abilities. Some analysts said it was clear that Iran had accelerated the work of its missile program since Trump took over in Washington this year.

“Accelerating the country’s missile program projects is a natural reaction by Tehran, toward an administration in Washington that challenges its existence,” according to retired Iranian Admiral Houshang Aryanpour.

The U.S. defense secretary, Jim Mattis, infuriated Iran last month when he called for a change of government in Tehran during an interview. In addition, the recent $110 billion military deal between the United States and Saudi Arabia, announced during Trump’s visit to Riyadh two months ago, was seen as threatening by Iran.

“The level of insecurity Tehran feels from Washington has increased, and after the deal with the Saudis that the Trump administration cut,” Aryanpour said. “Decision-makers in Tehran pushed for a greater effort to show off their missile capabilities, as a means of deterrence.”