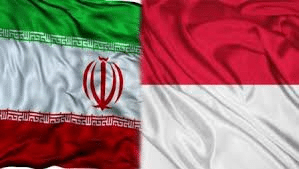 PayvandNews  – President Hassan Rouhani said on Wednesday that that strong relationship between Iran and Indonesia ties is beneficial to both countries and the larger Islamic world. In a joint press conference with Indonesian President Joko Widodo in Tehran, Rouhani said Iran attaches great importance to relations with Indonesia as an important Islamic state in East Asia. Now the two countries are seeking to expand ties in various spheres of economy, politics, science and technology, Rouhani explained.

Rouhani said the two countries have taken good steps to expand relations since the implementation of the Joint Comprehensive Plan of Action (JCPOA, the official name for the July 2015 nuclear deal between Iran and great powers – the United States, Britain, France, China, Russia plus Germany – which took effect in January 2016.

The president also said that the two countries have established “strategic” relationship in energy sector.

Rouhani went on to say that Tehran and Jakarta enjoy close relationship in the Non-Aligned Movement and the Organization of Islamic Cooperation.

He added Iran and Indonesia will seek closer cooperation to help settle crises in Yemen and Syria and put an end to the misery of Muslims in Myanmar.

For his part, Widodo said crises in countries such as Syria, Myanmar and Yemen can be settled peacefully.

He also said that his trip to Iran will open a new chapter in relations.

Iran and Indonesia also signed four memorandums of understanding at the presence of Rouhani and Widodo.

The MOUs are in the areas of electricity and renewable energies, investment, judiciary, and repatriation of criminals.