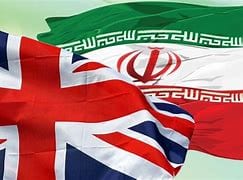 Minutes from a shul, the college that is Iran’s hidden UK ‘foothold’

thejc.com – An Islamic college affiliated to Middlesex University, which is just seven minutes’ walk from Brondesbury United Synagogue, has links to the Iranian regime and has employed staff who have glorified Hezbollah and compared Israel to the Nazis, the JC can reveal.

The Islamic College (ICL), whose degrees are validated by Middlesex and has received hundreds of thousands of pounds in taxpayers’ cash, is Tehran’s “foothold” in the UK and “poses a threat to the security of the Jewish community”, according to an expert on Iranian influence abroad.

ICL is located on Willesden High Road, a short walk from several thriving shuls. The nearest, the Brondesbury United, is just seven minutes away.

Several pro-regime websites claim the college is the British affiliate of Al-Mustafa International University, which is controlled by Iranian Supreme Leader Ayatollah Khamenei and was sanctioned by the US under anti-terror laws in December 2020.

The US government has said Al-Mustafa is “a recruiting platform for the Islamic Revolutionary Guards Corps (IRGC) Quds Force” — the spearhead of Iran-sponsored terror in the Middle East and beyond.
There is no evidence that the ICL is involved in terrorism.

The JC has learnt that a group of Islamic College students visited Iran in 2016. Photos show they were taken to visit the home of Ayatollah Khomeini.

Among the troubling remarks by former and current staff members, one academic at the college claimed that mass-murderer Anders Breivik was an “ultra-Zionist”. And in one video, a former principal of the college, Mohammad Saeed Bahmanpour, can be seen urging a crowd to chant their support for now-banned terror group Hezbollah at a London rally in 2013.

The ICL, which runs courses on Arabic, Islamic studies and Islamic law at undergraduate and graduate levels, has its degrees “validated” by Middlesex University. It also received £205,000 from taxpayers under the Covid furlough scheme and is owned by a charity, meaning it enjoys generous tax breaks.

Kasra Aarabi, head of the Tony Blair Institute’s Iran Programme, told the JC: “The fact that there appears to be an Al Mustafa affiliate on British soil is very worrying.

“It has given the Islamic Republic’s hardline Islamists, who are directly tied to Ayatollah Ali Khamenei, a foothold in the UK. The presence of these Khamenei-affiliated organisations in the UK poses a threat to the security of both the Jewish community and the Iranian diaspora — the two main targets of the clerical regime.”

The founder of the ICL, Saied Reza Ameli, who was a trustee of the Irshad Trust (the charity that runs the college) until 2006, is now an adviser on internet censorship and secretary to Iran’s Supreme Council for the Cultural Revolution, the source of edicts enforcing the wearing of the hijab, the spark for the current protests sweeping Iran.

The college is barely a mile from the Islamic Republic of Iran school where, as the JC revealed last week, schoolchildren were filmed singing a song that referenced an apocalyptic myth about massacring Jews.

The Islamic College is closely associated with the Islamic Centre of England (ICE), and its controversial director Seyed Moosavi, who was given an official Charity Commission warning for holding a vigil for the terrorist mastermind Qasem Soleimani after he was killed by a US drone in 2020.

College lecturers have often spoken at the ICE, and senior figures from ICE visit the college — including Mr Moosavi. This year he gave the keynote address at a college conference on Shi’ite Islam.

Written into the ICE’s constitution is a requirement that its director will always also be Khamenei’s personal representative in Britain.

As the JC has reported, ICE is now the subject of a statutory inquiry because Mr Moosavi has continued to host a series of extremist speakers at the ICE, and in a speech he made there in October he called Iranian protesters against the Khamenei regime “soldiers of Satan”. Commission sources have told the JC it will now “review the position” of the college in light of our investigation.

College staff are usually careful not to propagate an intemperate image in public, and some have even participated in interfaith dialogue.

Since the JC investigation started, inflammatory statements which were available on the internet have been taken down — such as a video in which one lecturer compared Israel’s treatment of Palestinians to the Nazis’ of Jews.

However, other examples were online as the JC went to press. College lecturer Amir de Martino, who converted to Islam in 1987, was editor of the ICE magazine, Living Islam.

He wrote an article for the publication claiming that the Norwegian mass-murderer Anders Breivik was an “ultra-Zionist, freemason, Islamophobic who claims to belong to the Templar order of the Rose-Cross”.

College lecturer Mirza Abbas, who trains Shi’ite clergy — a role to which a pro-regime Iranian website says he was appointed by Ayatollah Khamenei — gave a talk last year in which he urged parents to take their children to anti-Israel Quds Day rallies, saying this would teach them the meaning of “justice”.

No mention of Al-Mustafa appears on the London college’s website, nor in Charity Commission filings by the Irshad Trust. The college told the JC it had no affiliation with Al-Mustafa.

However, pro-regime Farsi news websites have repeatedly described the Islamic College of London as Al-Mustafa’s UK “affiliate” or “branch”. Its current director, Isa Jehangir, was an Al-Mustafa professor, and one of his predecessors had been Al-Mustafa’s deputy director.

A pro-regime news agency described Jehangir as “the current representative of Al-Mustafa and the respected director of the Islamic College of London”.

Pro-regime Iranian websites state that although Al-Mustafa was founded in 1979, it was reconstituted by Khamenei with a new purpose — to attract foreign students through branches abroad to study in Qom, and to return them to their host countries to serve as imams or in fields including media. Up to 70,000 foreigners are said to have studied in Qom, from many countries.

Khamenei is responsible for choosing Al-Mustafa’s trustees and chairman, and the sites say its “main mission” is to spread the “discourse of the Islamic revolution”.

That discourse, as the JC reported last week, now rests on the doctrine that Israel must be destroyed and all Jews killed to permit the appearance of the Mahdi, the mythical figure who will lead Muslim forces in the final battle against infidels.

For almost a decade until 2018, Al-Mustafa’s chairman was Ayatollah Alireza Arafi, who said in 2021 that Christianity is a form of “idolatry” inspired by Satan. He is now a member of the 12-man Council of Guardians, the body led by Khamenei at the summit of the regime.

In an interview in Farsi in 2016, Mr Arafi said he had a good relationship with Hezbollah’s terror chief, Hassan Nasrallah, and that Al-Mustafa graduates from abroad have gone on to fight with pro-government militias in Syria.

Mr Arafi did not suggest that any of these fighters were British. But it is clear that British students at ICL may travel to Al-Mustafa if they wish.

In an online session that accompanied an event designed to attract new students, a JC reporter who posed as a prospective student asked: “Can we students go to Qom [in] Iran? Get a chance to study at Al-Mustafa University?” The reply from the college was unequivocal: “You can go to Al-Mustafa.”

According to the US Treasury department, which enforces the US sanctions, “The IRGC-Quds Force uses Al-Mustafa University to develop student exchanges with foreign universities for the purposes of indoctrinating and recruiting foreign sources… Multiple students from the university have been killed fighting in Syria.”

Mr Arafi’s direct influence extends to London. On 31 March, 2022, he was the keynote speaker at an event at the ICE, the “annual meeting of scholars, imams and heads of British Islamic centres”, chaired by ICE director Mr Moosavi.

According to a report in Farsi on the ICE website, at least one senior Islamic College figures also spoke, Mr Abbas. The meeting also featured videos of Khamenei.

Senior MPs are calling for a rigorous investigation. Former Brexit Secretary David Davis told the JC: “It is clearly long overdue that the Foreign Office and Home Office looked into this college.

“We should not provide succour and financial advantage to a college that is a branch of an organisation whose purpose is to ‘export the Islamic revolution’ and the destruction of Israel and the Jewish faith. If the college cannot prove that it is not acting as a branch of al-Mustafa, its accreditations and charitable status should be withdrawn.”

“All of our partnerships are regularly reviewed and we undertake thorough due diligence before formalising any collaborative relationship.

“We are grateful to the JC for bringing these serious allegations to our attention and we will be raising them with the Islamic College as a matter of urgency.”

An Islamic College spokesman said it was “an academic institution striving to offer programmes of highest standards in Islamic studies” which had been “endorsed by external bodies responsible for guaranteeing the academic standards and safeguarding requirements of British universities”.

He said the college was “not engaged in the propagation of any ideology” and had “no affiliation” with Al-Mustafa in Iran.