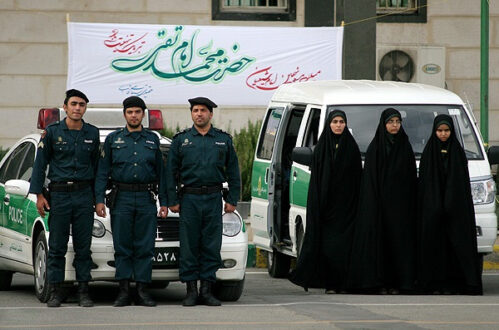 Shutting down the morality police? Maybe not, but the closing down of the regime is near.

Ever since the start of the current uprising in Iran the revolution has been described as leaderless, but it seems that the leader of this movement cannot be assigned an individual but rather resides in an energetic force binding people together in a forceful battle against a leaderless and oppressive government. This force has spread like a wind across the globe and engaged millions of Iranians across the world and is supported by the international community as well as neighboring countries with similar uprisings spreading in Syria against their dictatorial regime.

Since the death of Mahsa Jina Amini, whose brutal death in police custody prompted the mass protests, the Iranian regime is now hanging by a thread. The recent news reported by Iranian state media that the morality police would be dismantled and then immediately followed by a dismissal of those claims is a clear sign of the regime being shaken to its core and also speaks volumes about the leaderless governing by the current regime. Nevertheless, the aim of the ongoing demonstrations shaking the country is not solely related to the morality police but for an overthrowing of the authoritarian regime and the regaining of basic human rights.

Meanwhile, the regime does precisely everything in its power to keep up a confident image by giving military speeches and show off loyal paramilitary forces on state TV and praising their bloody crackdown of protesters as a sign of patriotism.

But the Iranian people have stood their ground and in their efforts received immense support from their families and friends internationally.
Recently, Swedish state media reported on a demonstration outside the Museum of Mediterranean and Near Eastern Antiquities where Rouzbeh Parsi, who is head of the Middle East program at the Swedish institute of international affairs and frequently referred to as an Iran expert by Swedish media, was going to hold a seminar about the situation in Iran. Swedish media reported that this is the second time in two months that protesters have gathered to interrupt Rouzbeh Parsi’s public appearance and his seminars have been cancelled. Critics accuse Rouzbeh Parsi and his brother Trita Parsi of lobbying for the Iranian regime and expressing pro-regime opinions in media.

The deceitful and misleading methods of the regime have been revealed and the ruling regime in Iran is coming to an end.