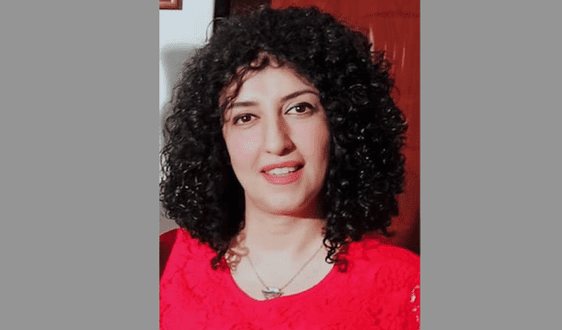 “Assaulting women during detention and in detention centers is part of the government’s suppression program against women protesters and fighters”, Narges Mohammadi wrote in the letter, which was published on her Instagram account on December 3.

There have been widespread reports of rapes and other sexual abuse being committed on women detainees amid a brutal state crackdown on ongoing nationwide protests calling more freedoms and women’s rights.

Mohammadi said there had been “numerous and horrifying” stories of female prisoners being assaulted and raped in Evin and Zanjan prisons between 2010 and 2020.

She said she was herself “assaulted and insulted by prison and security officials in the courtyard of Evin Prison” on December 24, 2010. The activist filed a complaint, but instead of receiving justice for this assault, she was sentenced to 2 ½ years in prison and 80 lashes. Mohammadi was later handed an eight years and two months prison sentence and 74 lashes for her activism against human rights violations.

Mohammadi called on Javaid Rehman, the UN special rapporteur for human rights in Iran, “to investigate, hold accountable and condemn the government, to prevent the continuation of this inhumane method to suppress protesting women and to take serious and quick action in this regard.”