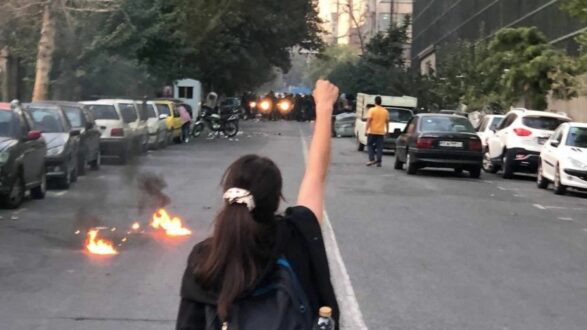 RFL/RE – Iran has cancelled its dreaded “morality police” in the wake of continuing protests following the September death in police custody of 22-year-old Mahsa Amini, the country’s chief prosecutor has said.

Iran’s state IRNA news agency on December 4 quoted Mohammad Jafar Montazeri as saying, “the morality police have nothing to do with the judiciary.”

Montazeri was responding to the question of “why the morality police were being shut down.”

The controversial morality police patrols were established in 2006 under hard-line President Mahmud Ahmadinejad to enforce the country’s Islamic dress codes, particularly the requirement to wear the hijab, or female head covering.

The squads of men in green uniforms and women in black chadors initially issued warnings, but soon began arresting women for alleged violations.

Montazeri was quoted the previous day as saying parliament and the judiciary were “working” on whether the law requiring women to wear the hijab in public should be changed. He added that “the results will be seen in a week or two.”

On December 3, the Iranian government said more than 200 people had been killed in the protests sparked by Amini’s death in September.

The United Nations and Iranian rights groups put the figure at more than 300, as the national protests have evolved into one of the most serious challenges to the theocracy since the 1979 Islamic Revolution.

In a December 4 interview with Iran’s state broadcaster, Deputy Security Minister Majid Mirahmadi said the “main cause” of the protests was not economic.

“This is an issue, but not the main cause,” Mirahmadi said. “It is a protest against injustice.”

President Ebrahim Raisi said on December 3 that Iran’s Islamic foundations were enshrined in the constitution.

“But there are methods of implementing the constitution that can be flexible,” he said.