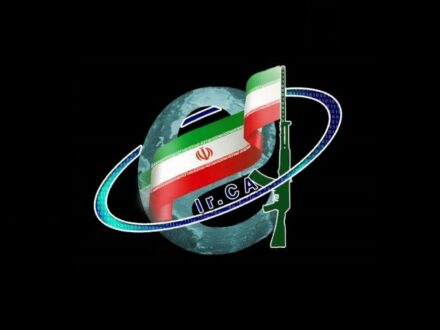 Inside The Iranian Regime’s Propaganda Machine

Iranwire – In the 1990s, the so-called principalists and associates of the Supreme Leader Ayatollah Khamenei controlled few media outlets besides the Islamic Republic of Iran Broadcasting (IRIB). But by the early 2000s, they founded several newspapers and news agencies while reformist papers were being suspended. And, in the 2010s, the Islamic Revolutionary Guards Corps (IRGC) and its affiliates established various agencies to expand its propaganda activities to social media in what became known as the IRGC’s “cyberarmy.”

These media outlets, however, play different roles and have different levels of influence. Some principalist papers such as Resalat and Javan have lost their influence among the public, but they are still being published for their own dedicated audiences.

With the 2021 election of Ebrahim Raisi as president that has homogenized the ruling establishment, Khamenei’s supporters have also taken control of media outlets such as the Iran and Hamshahri newspapers and news agencies like the Islamic Republic of Iran News Agency (ISRA) and Iranian Students News Agency (ISNA), which previously were at times under the control of the reformists.

Ettela’at and Islamic Republic are the only newspapers affiliated with the ruling establishment that are controlled by the so-called moderates or supporters of late President Akbar Hashemi Rafsanjani but they are considered harmless by Khamenei’s supporters.

With its reach and the variety of its audiences, the Islamic Republic of Iran Broadcasting is the main cog in the Islamic Republic’s propaganda machine. The end of the eight-year Iran-Iran war in the 1980s allowed the regime to allocate more financial resources to expand state-run radio and television networks, which currently consist of some 20 national TV channels, 20 foreign-language TV channels, 31 provincial TV channels and around 20 radio channels.

From the mid-2000s, a number of TV programs were dedicated to fighting the opposition. One of them was “20:30,” which initially attracted a wide audience because it broadcast news that other new programs usually ignored, it had young and articulate presenters such as Kamran Najafzadeh and its format was different from other programs. However, it later became just another propaganda instrument for the regime, regularly airing forced confessions or maligning the opposition with trumped-up charges.

The Ofogh (“Horizon”) channel is broadcast worldwide. It does not enjoy a wide TV audience but gets a good amount of attention on social media.

The Young Journalists Club was founded by IRIB in 1999. It has direct ties with security agencies, and has produced and aired forced confessions and made-to-order programs for these agencies.

Some IRIB reporters have been so closely associated with forced confessions that they are called “interrogator-reporters.” One of them, Ali Rezvani, is also an interrogator for the Intelligence Organization of Iran’s Revolutionary Guards.

Press TV broadcasts in English and French languages. Arabic-language Al-Alam is aimed at Iran’s neighbors in the Middle East and the Arab world at large.

Political activists view Kayhan as a paper that reports on “tomorrow’s news.” By reading this newspaper’s attacks against critics of the regime you can get a good idea of who is going to be arrested tomorrow and of the government’s upcoming policies. Kayhan’s “Semi-Secret” section attacks the opposition and critics and tries to incriminate them.

Analysts believe that the editorials of this paper, which are written by Hossein Shariatmadari, Khamenei’s representative at Kayhan, reflect the views of the ruling establishment, in particular of the supreme leader himself.

Fars News Agency, which is affiliated with the IRGC, was founded in 2003 under the presidency of the reformist Mohammad Khatami. Previously, there were only two major news agencies in Iran — the official IRNA and the semi-official ISNA — and both of them were managed by reformists.

Fars was at the time the first major news agency run by principalists and supporters of the supreme leader. With the support of the so-called “revolutionary agencies,” this news agency opened offices across the country; at one point, it was said to enjoy the largest audience.

Mehr News Agency was also founded in 2003. It is affiliated with the Islamic Development Organization, which is supervised by Khamenei.

Mehr opposed President Khatami’s administration and sometimes criticized his successor, Mahmoud Ahmadinejad. However, over recent years it has been reduced to a mere propaganda tool in the hands of the regime and has lost much of its influence.

Tasnim, founded in 2012, is also affiliated with the IRGC. Its founding coincided with the Arab Spring and its stated goal was to cover protests in Arab countries, called the “Islamic Awakening” by Iranian officials.

One reason behind the launch of this news agency was disagreements within the IRGC. Hamid Reza Moghadamfar co-founded Mehr after having been dismissed as CEO of Fars.

The Seraj Cyberspace Organization, founded in 2016, is considered the main cyberspace arm of the IRGC. Its main task is to influence public opinion in Iran by producing content for social media and interactive platforms. The organization is the wealthiest, most powerful IRGC media cartel.

Seraj encourages, mobilizes and funds online projects conducted by pro-regime individuals, mostly members of the Basij paramilitary force. It runs branches in all 31 Iranian provinces that operate in coordination with Basij headquarters. These branches run training courses about social media and interactive platforms during which hardliners learn how to promote online campaigns, boost specific hashtags and attack designated targets.

The great majority of Seraj-related accounts on social media use fake profiles. It is believed that every cyberactivist runs a number of social media accounts to more efficiently promote pro-regime hashtags, spread fake news and disseminate abusive and defamatory content about opponents or critics.

Over the past two decades, the Islamic Republic has launched several media outlets to specifically target Shia seminaries. Rasa News Agency was founded in 2003 just for that purpose. According to its website, it is “dedicated to promoting the discourse of the Islamic Revolution and the establishment of approximation between the Islamic Seminaries and the Islamic system of government.”

The full-color daily Vatan-e Emrouz was launched just before the disputed 2009 presidential election by Mehrdad Bazrpash, an ally of Ahmadinejad. It has become a forum for young hardline supporters of the supreme leader.

This newspaper is known for its controversial and sometimes outrageous headlines, such as “Death of King Abdullah,” which was published before the former Saudi king died.

The Javan (“Young”) daily, founded in 1999, is affiliated with the IRGC. From the very beginning it has been distributed in IRGC barracks and offices. Some of its staff are employees of the IRGC’s political bureau.

The Daneshjou (“University Student”) News Agency was launched in 2003 with the motto “This is the voice of a nation’s students.” It covers general news and developments touching the Students Basij Organization and universities, and has an online TV channel that broadcasts certain conferences held at universities. One of its best-known TV program is Dr. Salam, which is aimed at ridiculing critics of Ayatollah Khamenei.

The Basij Organization has another news agency at its disposal, called Basij.

Mizan And Hemayat: The Judiciary And Prisons Organization News Outlets

Mizan News Agency is the official news agency of the judiciary. Its main tasks include responding to criticisms against this institution and to reports about the appalling situation inside Iranian prisons.

The Hemayat newspaper was launched by Iran’s Prisons Organization and is mainly distributed in prisons and at courthouses.

Mashregh News is known as being an affiliate of the Revolutionary Guards’ Intelligence Organization (IRGC-IO) and is seen as its mouthpiece.

Raja: The Website Of Supporters Of Ahmadinejad And Raisi Relative

The website Raja News was founded by Ahmadinejad supporters, but it later supported the Front of Islamic Revolution Stability, often described as Iran’s most right-wing party. Meysam Nili, brother of Raisi’s son-in-law, serves as CEO of this website.

Jahan News is a website affiliated with Tehran Mayor Alireza Zakani, the deputy chairman of the Tehran City Council, Parviz Sarvari, and the Society of Path Seekers of the Islamic Revolution, a principalist political group. Besides Zakani and Sarvari, other political figures such as Faridodin Haddad, brother-in-law of Khamenei’s son Mojtaba, are members of this group.

The newspaper Jam-e Jam is affiliated with IRIB. Its first issue came out in 2000 and mostly covered social issues. At the time, it brought in a number of reformist figures to appear moderate to the public, but it has unabashedly become conservative and principalist.

IRNA And Iran: Drop In Quality

The Islamic Republic News Agency (IRNA) and the newspaper Iran are both published by the Ministry of Culture and Islamic Guidance and, as a result, their orientations change with each administration. With Raisi now in power, the ruling establishment is more homogenized than ever, and their quality has dropped sharply.

These papers are distributed across the country, but their main audience is in the provinces of Razavi Khorasan, North Khorasan and South Khorasan. Quds and Khorasan have a significant Afghan audience because the three provinces border Afghanistan.

During the 1980s and 1990s, Resalat was the main newspaper of the so-called right-wing movement among the supporters of the Islamic Republic. With the marginalization of the right-wing and left-wing movements in recent years, Resalat is no longer taken very seriously on the political scene.

Hamshahri newspaper is published by the Tehran city government. In the 1990s it had the highest circulation in Iran because of the quality of its reporting on social issues and its advertisement pages. Its popularity dropped after Ahmadinejad and Mohammad Bagher Ghalibaf were elected as Tehran mayors.

The Islamic Azad University has branches in many cities in Iran, as well as its own media outlets such as the Azad News Agency (ANA) and Iranian Student Correspondent Association (ISCA).

In 2009, Azad University launched the newspaper Farhikhtegan, which supported reformist presidential candidate Mir Hossein Mousavi. However, after the dismissal of the university’s president Abdollah Jassbi in 2012, its media outlets eventually fell under the control of Khamenei supporters.