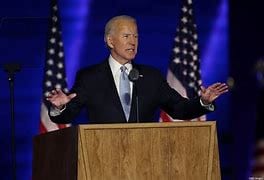 The letter states that : ” the massive demonstrations resulting in massacre of many innocent people who are opposing the illegal rule of so called “clerics” in Iran, has awakened the silent press all over the world. Iranians all over the world have demonstrated their support for the people under siege in Iran to stop the rule of terrorists in that part of the world. Islamic regime ruling the country over the past forty three years, has not been representing its people in any form .”

The letter also says : ” Appeasement of the Islamic regime, either by the United States or European countries is proved to be futile at best. Release of any funds to such a terrorist organization at present time, which would be used in expanding their subversive activities in the region at the expense of more suppression at home, would be betrayal of the people who are struggling to restore democracy in the country. The United States of America as the leader of free world has great responsibility in formulating the best avenues to preserve peace and security across the globe. Islamic regime of Iran, under the political, economic, and military influence of Russia and China are fueling the terrorist activates all over the Middle Eastern region, with their ultimate aim of controlling the sources of energy in the region “

The letter ends by asking the Biden administration’s support of Iranian people in their quest for liberation and establishing a secular democratic form of government in Iran .

For full text of letter see below: