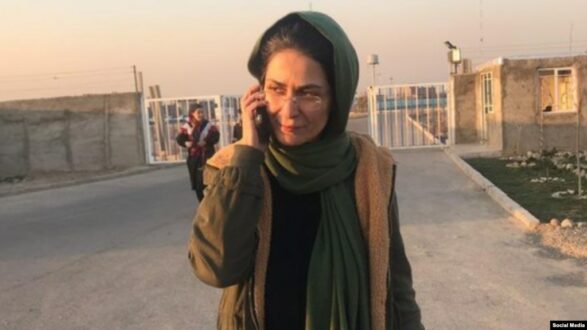 RFL/RE – Well-known student and human rights activist Bahareh Hedayat was arrested in Tehran early on October 3, the BBC reported, amid a wave of protests triggered by the death in custody of a young woman.

The woman, Mahsa Amini, died on September 16 after she was detained by the morality police for allegedly wearing her headscarf too loosely.

Hedayat is a former political prisoner who has been arrested and imprisoned several times.

Another political activist and former student activist, Hossein Masumi, was detained on October 2. His family does not know his whereabouts.

Since the beginning of nationwide protests in Iran, which continue for the 16th day, there has been a wave of arrests of political and civil activists.

Early on October 3, classes were suspended and moved online at Iran’s Sharif University, a leading higher-education institution and traditionally a hotbed for dissent, after clashes erupted overnight between students and security forces, local media said.

Based on reporting by BBC and AFP