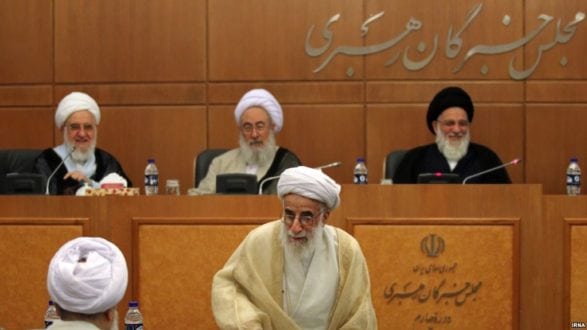 Iranwire – The Assembly of Experts, a deliberative body that appoints the Islamic Republic’s Supreme Leader, issued a statement supporting the Iranian government’s efforts to suppress the popular protests sweeping across the country.

The statement, published with the signature of Ahmad Jannati, chair of the Assembly of Experts, said the protests of the Iranian people were “sedition” and were orchestrated by “foreign” powers.

The assembly also supported the Islamic Revolutionary Guards Corp’s recent attacks on areas in Iraqi Kurdistan and urged that Islamic laws and rules be implemented in Iranian society.

The insistence of the Assembly of Experts on implementing “Islamic rules” comes as many experts and political figures have suggested that official insistence on imposing mandatory hijab and the oversight of the “morality police” were unnecessary and causing harm to society.

Mass protests began in Iran after the September 16 murder by morality police of Mahsa Amini, who had been detained for “improper hijab”, and was mistreated in custody. The demonstrations have since turned into protests against the leaders and government of the Islamic Republic.