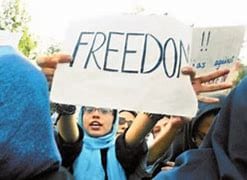 Students at 10 Iranian Universities Respond to Call for Boycott

Iranwire – Students from more than 10 colleges and universities in Iran have announced that in response to a call from the educators’ union, they will not attend classes in support of their demonstrating peers.

Early on Monday the Coordinating Council of Teachers’ Cultural Associations has invited both teachers and students to go on strike over the state’s killing of 22-year-old Mahsa Amini two weeks ago, and in response to security forces’ lethal attempts at suppresion of mostly young protesters since then.

Tens of people in different cities are known to have been killed, mostly by direct fire from riot police, the IRGC and the Basij, since pro-democracy demonstrations erupted on September 16.

The statement added: “Many of the arrested youth are high school students, who have never been to university but have gone through the experience of solitary confinement in prison.”

On Monday, students at Isfahan University of Technology staged a sit-in on campus, chanting the now-ubiquitous slogan “Woman, life, freedom”.

Young activists at Razi University in Kermanshah issued a joint statement together with their professors, saying they would be joining the strike in protest against the “mass arrest of students and the shooting of protesting people in the street”.

A group of students of Isfahan Art University also announced in a statement that they would not be attending classes as a sign of protest.

Students at Chamran University did the same, also holding a fresh march on Monday in which they chanted: “There is no disturbance. We are protesting.”

Other participants in the strike include students at the Persian Gulf University in Bushehr, Shandiz in Mashhad, Tehran Azad University, the Pars University of Art and Architecture in Tehran, the Najafabad branch of the Islamic Azad University, and Shahid Madani in East Azerbaijan province. Students at Tarbiat Modares University also held a new protest.

The past week and a half has seen the first major mobilization of students across Iran in more than a decade. Students in Tehran were among the first to hold sit-ins and vigils in reaction to Mahsa Amini’s death. Afraid of demonstrations on campus, some institutions have since shifted their classes online.