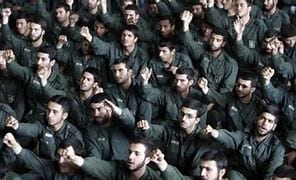 A relative of one of those placed under protection told IranWire that relatives had been placed in the Oil Company Guest House, which is under round-the-clock protection.

The families, they said, had also been promised they will be transported to Georgia if nationwide protests intensify, or “if the government is overthrown”.

Mass demonstrations have taken place on a nightly basis in Tehran and other cities since the killing of Mahsa Amini on September 16. Though scores of people have now died under direct fire from security forces, protests appeared to persist on Monday.

Rage at Mahsa’s death and at the continued existence of the “morality patrol”, which enforces the Islamic Republic’s misogynist dress code, quicky transformed into an over-arching anti-regime movement.

The IRGC and the paramilitary Basij have been involved alongside riot police in attempting to violently suppress protests for the past 11 nights.

There may also be internal fears for individual officers’ security after a series of high-profile hacks of government websites by the online collective Anonymous, which peaked on Sunday with a data dump revealing parliamentarians’ contact details.