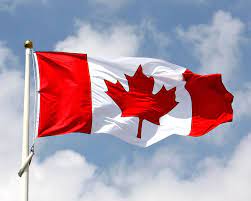 VOA – Canadian Prime Minister Justin Trudeau announced Monday that Canada will sanction “dozens” of Iranian individuals and entities, including the morality police, as security forces in Iran continue to crack down violently on protesters.

Addressing the “women who are protesting in Iran and those who support them,” Trudeau said: “We are with you.”

Trudeau said Canadians, along with millions of people around the world, want the government of the Islamic Republic to “listen to its people, end the suppression of their freedom and rights, and allow the women and all people of Iran to continue their lives freely and to comment in peace and tranquility.”

In response to a question about the Islamic Revolutionary Guard Corps, Trudeau said that Canada already had “one of the most severe sanctions regimes in the world” and would do more in this regard.

“We have sanctioned some IRGC members, and we will continue to consider any other action we can take in relation to the sanctions,” he said.

In January 2020, Ukraine Airlines Flight PS752 was shot down by IRGC missiles minutes after takeoff from a Tehran airport, killing 176 people, including dozens of Canadians. Since then, the Canadian government has been pressured by several groups, including opposition conservatives, to take a tougher stance against Iran.

The recent round of protests, which have been occurring in all of Iran’s provinces, began after Mahsa Amini died while in police custody.

Amini, 22, who had traveled from Saqez to Tehran with her family, was arrested on September 13 by the Irshad patrol for wearing her hijab too loosely. She was then transferred to the Moral Security Police Center, known as Ministers’ Detention Center. Hours later, she was taken by ambulance to Kasari hospital, where she died on September 16.

Amini’s family members allege she was beaten in the police van after her arrest, suffering several blows to the head. Police reject the allegations, saying Amini died of a heart attack.