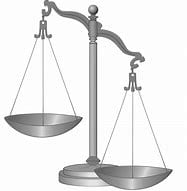 Saeed Dehghan, Razzagh’s lawyer, wrote in a tweet on September 11 that his client has been accused of “conspiring and colluding against the regime” for managing a popular room on the Clubhouse social media network.

He also faces two other new charges, including “propaganda against the system and publishing lies with the intention of disturbing the public mind,” which he is accused of for defending people of the Baha’i faith and supporting Sepideh Rashno, a woman who was arrested for protesting mandatory head-scarf rules.

Razzagh was arrested by security forces in the northern Iranian city of Amol on August 21, less than a year after his release on bail of 20 billion Iranian Rials ($67,000) for his previous critical comments and activism.

Razzagh was one of the founders of a room in the Clubhouse social network called “Freedom Square” which, according to him, was forced to be removed from the platform due to pressure and threats from the Intelligence Ministry.

An audio-based, social-media application, Clubhouse has become a major platform for dialogue among Iranians who join virtual chat rooms to hear from analysts, journalists, and dissidents.