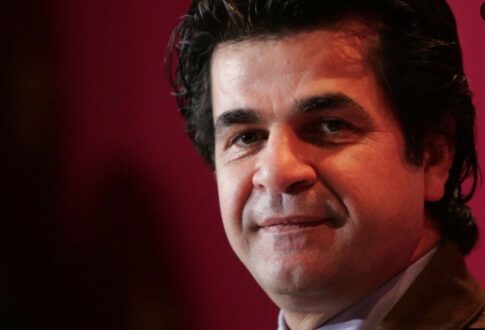 RFL/RE – Imprisoned Iranian filmmaker Jafar Panahi was awarded the Special Jury prize at the Venice International Film Festival over the weekend for his latest film, No Bears.

Panahi, 62, was imprisoned in July after a Tehran court ruled he must serve a six-year sentence he was handed more than a decade ago for supporting anti-government demonstrations.

Iranian actor Reza Heydari told journalists after the award ceremony that Panahi had sent him message from prison.

“He told me do not get in trouble for him,” Heydari, who plays one of the main characters in No Bears, said. “The award he has received brings a message — an artist in a prison or outside a prison can still produce his message because he loves art and he loves cinema.”

Panahi’s arrest was part of a renewed crackdown by Iranian authorities on dissent as antiestablishment sentiment and near daily protests across the Islamic republic rattle the government.

Days prior to his arrest, Panahi was among more than 300 Iranian filmmakers and cultural activists who issued a statement condemning the arrests of activist cinematographers Mohammad Rasulof and Mostafa al-Ahmad.

Panahi originally served two months in prison after his 2010 conviction before being granted a conditional release, which was revocable. As part of his release, he was banned from directing or writing screenplays and from traveling abroad.

The filmmaker has won a number of international awards for films critiquing modern Iran, including the top prize in Berlin for Taxi in 2015 and best screenplay at Cannes for his film Three Faces in 2018.