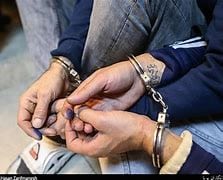 Iranwire – A “special assistant” to Iran’s Minister of Roads and Urban Development was arrested last week on corruption charges, a government official has indicated, while the Minister himself is absent from his duties.

In an interview with ISNA news agency on Wenesday, Mohammad Hosseini, Ebrahim Raisi’s vice president for parliamentary affairs, was asked for his reaction to the arrest of “an official”. As is standard in Iranian news reporting, neither journalist nor guest said the subject’s name out loud.

But, Hosseini said, “Any violator [of the rules] will be dealt with in every ministry and department. There have been other people who were fired when their violations were revealed to the government.”

Earlier there had been reports that Mohammad Qasim Makarem Shirazi, a special inspector and advisor to the Minister of Roads, had been arrested.

The reason was not given. Shirazi’s grandfather, however, is Grand Ayatollah Nasser Makarem Shirazi, an influential Shiite source of emulation who has been accused of financial corruption in the past, in particular in the agro-industrial sector and sugar.

Rostam Ghasemi was not seen at his office again after news broke of Shirazi’s arrest. State-controlled media said he had had “an accident” and been hospitalized.

Asked about the absence of Rostam Ghasemi, Hosseini only replied: “The arrest of this person has nothing to do with the fact that Rostam Ghasemi did not show up at work.”

Following Shirazi’s arrest last week, Khatami-era government spokesman Abdullah Ramzanzadeh criticized the lack of transparency around what had happened. Wholly coincidentally – or not – on Tuesday, the Supreme Leader of the Islamic Republic also lambasted the Ministry for its record of delivering on campaign promises to date.

In an address to serving government officials, Ali Khamenei said: “We are far behind on the housing issue. You can see the results: house prices, and the rent is staggering. People are really struggling.”

Raisi’s election last summer came with the flagship promise via the Ministry of Roads to build four million housing units during his first term. It was widely thought to be impracticable and in the end, Rostam Ghasemi admitted the project would not be possible within Raisi’s timeframe.

In the last one year, the plan of the Ministry of Roads and Urban Development of the President’s government to build four million houses by the end of this government’s work has received widespread reactions and many have questioned it and called it impractical. After taking office, the Minister of Roads and Urban Development admitted that it is not possible to build this amount of housing in Iran.