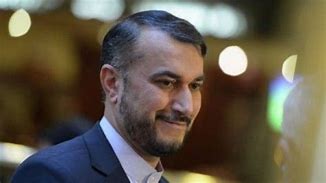 VOA – Iranian Foreign Minister Hossein Amir-Abdollahian says his country needs stronger guarantees from Washington for the revival of a 2015 nuclear deal, and reiterated that the U.N. atomic watchdog should drop its “politically motivated probes” of Tehran’s nuclear work.

Speaking on Wednesday during a visit to Moscow where he met Russian Foreign Minister Sergei Lavrov, Amir-Abdollahian said Tehran was “carefully” reviewing Washington’s response to an EU text for the revival of the nuclear agreement, which has been on the verge of collapse since former U.S. President Donald Trump withdrew the United States unilaterally in 2018 while reimposing crippling sanctions.

After 16 months of indirect talks between Tehran and Washington, EU foreign policy chief Josep Borrell said on August 8 that the EU had put forward a final offer to overcome an impasse for the revival of the agreement.

The U.N. nuclear watchdog, the International Atomic Energy Agency, has been probing the origins of nuclear material found at three undeclared Iranian sites.

Since the United States withdrew from the pact four years ago and started reimposing sanctions on Iran, Tehran has progressively rolled back its own commitments to the deal. The deal was designed to prevent Iran from building a nuclear bomb. Tehran insists its nuclear program is for civilian purposes only.

Amir-Abdollahian’s visit to Moscow follows a report by The Washington Post that Tehran has delivered a first shipment of Iranian-made combat drones to Russia.
Tehran last month denied U.S. claims about sending drones to Russia, which has invaded Ukraine.

Information from Reuters was used in this report