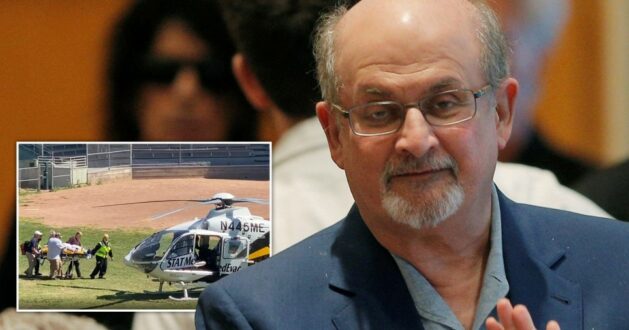 Another attack on the free world

Following the stabbing of author Salman Rushdie last week international media has been reporting on his career, his character and the many restrictions he has had to endure because of the fatwa issued against him in 1989. Less has been focused around the reasons and those promoting these terrorist attacks. The 75-year old Rushdie was attacked while attending a literary event in New York and sustained injuries to his liver, arm and eye. Iran denies being involved or even linked to the assault which seems rather unlikely given the attacker’s background, the famous fatwa issued by Ayatollah Khomeini in 1989 demanding his death, and the numerous praises by Iranian media and hardliners following the attack last week.

His assailant, Hadi Matar, a 24-year old US born to Lebanese parents was described as a quiet and well-liked young man, but he drastically changed into a moody introvert following a visit to his father in Lebanon four years ago. His parents immigrated to the US from southern Lebanon a stronghold of Hezbollah, the Iranian backed terror group. Suddenly Matar spent more time alone in the basement and apparently became more religious according to his mother. Even though both Iranian officials and Hezbollah have denied involvement in this attack it is clear that the responsibility of radicalizing young people lies on their shoulders.

Following the scandalous exposure of some high level officials within the IRGC (read more here: https://english.shabtabnews.com/2022/08/10/the-reign-of-intelligence-services/), Iran has been busy keeping up its appearances among their military and paramilitary forces. Persecution of religious minorities within the country has been escalating as well as Iranian activities abroad through proxy forces. Recently the US justice department announced that an IRGC member had been charged in a plot to murder former national security advisor John Bolton, this was meant to be in retaliation of IRGC commander Qasem Soleimani, who was and still is a significant figure hailed as a hero in the eyes of IRGC members. Without fear of retribution by the current US administration Iranian media and propaganda have openly declared that former President Donald Trump, State Secretary Mike Pompeo and Iranian-American women’s rights activist Masih Alinejad will be next on the list of assassination.
These terrorists attacks are very much interlinked and there is an agenda in selecting certain targets. The democratic outside world should pay little attention to what Iranian officials present at press conferences, for what is officially presented and what really happens at the hands of a terrorist regime, are two different things, which was evident following the downing of the Ukrainian passenger plane in January 2020.