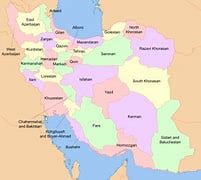 Survey: Half of Iranian Youth Would Leave Given the Chance

Iranwire – Almost half of Iranian young people who took part in a recent survey said they would leave the country if given the opportunity, and most Iranians said young people did not see prosperity in their own futures.

The telephone survey by Washington-based Stasis Consulting took in the views of 1,246 residents aged 18 and above between July 26 and 29. The proportional sample included citizens based in each province of Iran.

Just over third of all Iranians surveyed agreed they would go and live in a foreign country if given the chance. Among respondents aged 18 to 29, the figure rose to 49 percent.

The participants were also asked about other matters of relevance to young people in Iran. Some 53 percent said government officials restricted the liberties of Iranian youth by interfering in their lifestyles; among young people the figure stood at 64 percent.

There was also little confidence in President Ebrahim Raisi’s ability to address the issues that matter most to young people. Only 35 percent of respondents believed it was among the Raisi administration’s priorities; 55 percent, and 65 percent of young people, said it was not.

Almost 60 percent of all Iranians also said they did not believe Raisi’s election would increase economic opportunities for young people. Elsewhere, asked if they agreed with the statement: “Iranian youth do not see prosperity in their future”, 77 percent responded in the affirmative, and just 20 percent disagreed.

Participants were also asked about some current government policy stances. Sixty percent said they were against the “User Protection Bill”, whose provisions would enable drastic internet censorship by the security agencies. A total of 54 percent said they believed this to be the primary purpose.

Iranians who took part in the survey were almost evenly split on the state’s drive to increase the birth rate. Half said it was not a good idea, whereas 41 percent said it was. The low birth rate was blamed first and foremost on poor economic conditions by almost 70 percent of respondents.

You can view the full results of the survey as interactive graphics here.