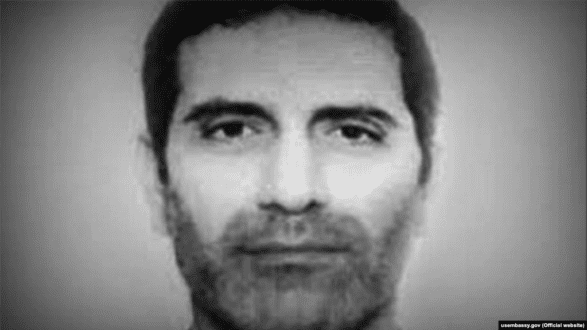 RFL/RE – Belgian lawmakers have given initial clearance to a prisoner-exchange treaty with Iran that could pave the way for the release of an Iranian diplomat convicted of planning to bomb the rally of an exiled opposition group outside Paris.

The Foreign Relations Committee of Belgium’s lower house of parliament debated the treaty over two days before finally approving it on July 6.

The measure still needs to be put before the full 150-member lower house, most likely in the next two weeks, but the chamber normally follows the votes of its committees, given that they have similar party compositions.SEE ALSO:Belgian Detained In Iran As Brussels Mulls Controversial Prisoner-Swap Treaty With Tehran

The prisoner exchange might secure the release of a Belgian aid worker who was detained in Iran in February. It could also help Swedish-Iranian academic Ahmadreza Djalali, who has taught in Belgium and been sentenced to death in Iran.

Iran has called for the release of Assadollah Assadi, sentenced to 20 years in prison in Belgium in 2021 for a plot to bomb a rally of the National Council of Resistance of Iran, an exiled opposition group, near Paris in June 2018.

Several lawmakers voiced concern that the treaty, as proposed, might lead to “hostage diplomacy” and put other Belgians at risk of detention.

Amnesty International called on Belgium to ensure that the bill is fully consistent with the country’s obligations under international human rights law.

“In particular, the bill should include adequate judicial safeguards to prevent the treaty being used to grant impunity for state officials and agents responsible for serious human rights violations and crimes under international law,” the London-based rights group said on July 5.

Based on reporting by Reuters