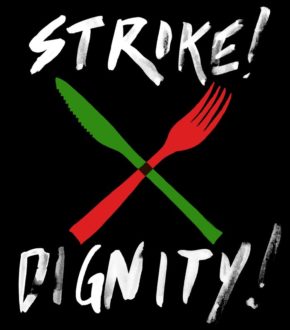 Iran Human Rights (IHRNGO) – Maryam Karimbeigi whose brother, Mostafa Karimbeigi was killed in the 2009 nationwide protests, was arrested on June 14 and has been on hunger strike in Ward 209 of Evin Prison since.

According to information obtained by Iran Human Rights, civil activist Maryam Karimbeigi was arrested at her home at 7am on June 14 and transferred to the Ministry of Intelligence’s Ward 209 in Evin Prison. She has been on hunger strike since her arrest.

Maryam has been demanding justice for her brother, Mostafa Karimbeigi who was killed in the 2009 nationwide protests, with her mother Shahnaz Akmali for years. Instead of accountability, they have faced reprisals in the form of harassment and arrests.

Maryam’s father, Mohammad Karimbeigi told Iran Human Rights: “On the day of the arrest, security forces entered our home at 7 in the morning. They had warrants to arrest Maryam and search the house. They took Maryam directly to Ward 209 in Evin Prison. They searched the house and took laptops, mobile phones and some books with them.”

“We were told by security forces on the day of the arrest that she was detained for charges of ‘propaganda against the system’ but the next day they said that the case investigator had rejected the bail being set at 200 million tomans as she has other charges of ‘assembly and collusion against national security,’” he added.

Speaking about his daughter’s hunger strike, Mr Karimbeigi said: “Maryam called us on the day of her arrest and told us she was on hunger strike in Ward 209. She’s mentally strong but not at all physically because she’s been on hunger strike for 10 days and has recently suffered from gastrointestinal bleeding, she’s been transferred to the infirmary several times but her blood oxygen level was above 10 and she’s fainted several times.”

“Unfortunately, the Moghadas Evin Court wouldn’t let any of her family in but she had her last trial at the court two days ago. I demand the unconditional release of my daughter. Maryam hasn’t committed any crimes and any activism has been within the human rights framework. On the first day, the investigator told her lawyer Mr Raeisian that she has too much contact with the families of political prisoners and the mothers demanding justice for the deaths of their children in the November 2019 protests, he said they want to teach her a lesson for socialising with them,” he concluded.

He added: “Unfortunately, none of us let his family go to the Evin Holy Court, and two days ago, his last defense was at the Evin Holy Court branch. I want my daughter unconditional release. Maryam has not committed any crime and if she has been active, it has been within the framework of human rights. “On the first day, the interrogator told his lawyer, Mr. Reisian, that he had contacts with the families of political prisoners and the mothers of Aban, and that they had a lot of connections, and that was why they wanted to poison their eyes.”

You can read more about the reprisals faced by Maryma’s mother, Shahnaz Akmali on page 27 of our 2021 Iran Human Rights Defenders Report.