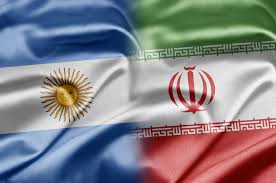 Iranwire – Last week an unusual plane was grounded at the Ezeiza international airport near Buenos Aires, having already covertly flown across part of Argentina. The Boeing 747-3B3(M), registration YV3531, was owned by the Iranian company Mahan Air until January 2020, when it was transferred to the Venezuelan state-owned Emtrasur Cargo. Onboard was a mixed Venezuelan and Iranian crew, including a man named Gholamreza Ghasemi and several reported members of the Quds Force.

Sanctioned Iranian airlines regularly “sell” their aircraft for operation under a different brand registered in a different country. In the past these have included Pouya Air, licensed by South Africa, and Qesham Fars Air, from Azerbaijan. The Emtrasur plane landed on June 6, having been leased to Emtrasur after Tehran and Caracas signed a “tourism cooperation” agreement in April 2019.

The plane in question has also flown for the airline Qeshm Air, a 30-year-old firm with active offices in Tehran. Linked to the company was another, Iranian Naft Airlines, which later changed its name to Karun Airlines, a partner of Mahan. All are subsidiaries of the National Iranian Oil Company.

The plane currently stranded in Argentina has made at least 32 journeys from the start of February until today. Data on Flight Radar gives a (seemingly incomplete) list of the flights as follows:

May 6: Caracas, Venezuela to Yangon, Myanmar

May 9: Yangon, Myanmar to Tehran, Iran

May 11: Belgrade, Serbia to Caracas, Venezuela

May 21: Caracas, Venezuela to Tehran, Iran

May 25: Moscow, Russia to Tehran, Iran

May 25: Tehran, Iran to Belgrade, Serbia

May 25: Belgrade, Serbia to Caracas, Venezuela

The destinations seem not to be the borne out of sheer fluke or tourism. All are destinations where a plane sanctioned by the US Treasury Office could safely land. The gaps between flights indicate that at points the plane has been flying with the transponder turned off, as it was when it was grounded in Ezeiza.

Paraguayan Intelligence Minister Esteban Aquino has since confirmed that seven Iranians and 11 Venezuelans arrived in Paraguay on the Emtrasur plane. They all stayed at the Dazzler Hotel in Ciudad del Este. Only two of the same Iranians were onboard by the time the plane got to Argentina: Gholamreza Ghasemi and Abdolbaset Mohammadi.

By then, in total, 14 Venezuelans and five Iranians were on the plane. Among the Venezuelans was, notably, Víctor Manuel Pérez Gómez, the general manager of Emtrasur, who denounced the director of the Argentine Airport Security Police (PSA) for the “illegal search” of the plane. Another was Cornelio Trujillo Candor, former manager of aviation safety at the Venezuelan National Institute of Civil Aeronautics. He was involved in the well-known case of Antonini Wilson’s suitcase in Argentina: in 2007, the Venezuelan businessman Guido Antonini Wilson arrived in Argentina with a briefcase containing $790,550 that he had not declared upon arrival. The investigation found this money was intended for the presidential campaign of Cristina Fernández de Kirchner.

A subsequent investigation by journalist Leonardo Coutinho of Veja magazine in Brazil linked those nearly 800,000 dollars to the then-president of Iran, Mahmoud Ahmadinejad. At that time, Trujillo Candor worked at the Maiquetía airport, from where Antonini Wilson had departed for Argentina. Two months after the scandal broke, he was decorated in Venezuela with the “Medal of Aeronautical Merit”. Previously Trujillo Candor was known for taking part Hugo Chávez’s 1992 coup against President Carlos Andrés Pérez, which left 170 people dead.

The Iranian pilot, Gholamreza Ghasemi, is understood to be the CEO of Fars Air Qeshm and an ex-member of the IRGC. An FBI report on the company read: “The US Treasury singled out Fars Air Qeshm in 2019 due to its direct involvement in terrorist activity and the assistance it provides to the Quds Force and the Iranian airline Mahan Air, which have been identified as terrorist entities… Fars Air Qeshm operates cargo flights under civilian cover for the Quds Force and the IRGC and uses them to smuggle weapons and sensitive equipment from Iran to Syria, among other things.

The Quds Force has had a long history of supporting Hezbollah’s militant, commercial and terrorist activities, providing leadership, funding, weapons, intelligence, and logistical support. The Quds Force operates a training camp for Hezbollah in Lebanon’s Bekaa Valley and has also reportedly trained more than 3,000 soldiers at the Revolutionary Guard’s headquarters in Iran.

In 2018, Ghasemi appeared piloting Qeshm’s flight QFZ-9950, which, according to Western intelligence sources cited in various international press reports, Iran used to “send weapons systems to its ally Hezbollah in Lebanon.” The Iranian cargo plane, which made a stopover in Damascus, was carrying “weapon components, including devices for converting missiles into precision-guided weapons at Iranian factories in Lebanon.”

The head of the Federal Intelligence Agency of Argentina, Agustín Rossi, attempted on television that the five Iranians were “training” the Venezuelans in how to drive the plane. Meanwhile, Argentine Security Minister Aníbal Fernández, continued to insist the pilot identified as Gholamreza Ghasemi is actually a “namesake” of the one linked to Iranian terrorism.

The FBI report stated the opposite, indicting the Argentine government and intelligence may once again be pandering to Tehran. Just days before the mysterious plane landed in Argentina, President Alberto Fernández gave a harsh speech at the Summit of the Americas in LA, questioning the exclusion of dictatorships Venezuela, Cuba and Nicaragua from the gathering. Meanwhile, on a state visit to Iran,  Nicolás Maduro called Fernández “brave” and declared that together with the Islamic Republic, they were “companions in struggle”.

Federal judge Federico Villena has been tasked with investigating the plane and its crew. At least three complaints have already been submitted, including by the main opposition party and members of the Jewish community. The US Office of Foreign Assets Control (OFAC) will be closely monitoring proceedings and can demand Argentina confiscate the plane, or even extradite those onboard, under Executive Order 13224. The latter is duty-bound to accept due to having signed the International Agreement for the Suppression of the Financing of Terrorism in 2005.

The five Iranians and 14 Venezuelans remain housed in a four-star hotel costing $180 a night in the town of Canning, Buenos Aires. The hotel owner has told reporters “a Venezuelan” is in charge of paying for all their lodgings.

In the last few hours, Argentine intelligence agencies confirmed Hezbollah was planning to carry out an attack on George Chaya, a renowned journalist specialising in international terrorism. Chaya was raised in Lebanon and is harshly critical of Hezbollah and its affiliates.

The intercepted communication, made in a foreign language, stated that a member of Hezbollah had entered or was about to enter Argentine territory to attack Chaya. According to the news website Israelhayom.com, the note delivered to Chaya said: “We have information that indicates that you could be a target for Hezbollah. We do not have information about any specific place, goal, individuals, or methods”.

The Argentine Ministry of Security has also reinforced controls over the Tri-Border area, where Hezbollah is known to have a strong presence.