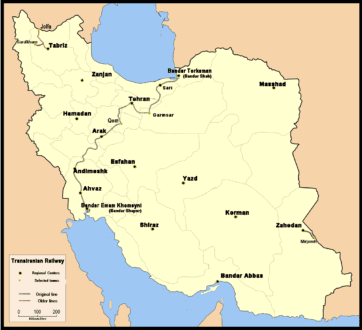 Iranwire – At least 10 people have been killed and 55 injured after a 10-storey commercial building in Abadan, Khuzestan province, collapsed during construction on Monday. The planned Metropol Complex was located on Amiri Street, one of the busiest roads in the city.

The head of the fire department reported on Monday that 100 to 150 people were at the site at the time of the disaster, with 80 thought to still be trapped under the rubble.

Relief operations yesterday were difficult and slow, with early photos showing volunteers clambering through the ruins alongside emergency services, cars buried under debris, and citizens of Abadan standing in long lines at the hospital waiting to donate blood.

Special forces and riot police were also dispatched to the city center in armored vehicles. An eyewitness told IranWire: “I was on the way to Abadan from Ahvaz when I suddenly saw a load of riot police cars speeding towards Abadan on the road.

“I thought the protests had started again, so I called my friends. They said Amiri Street was closed to traffic and that troops had been sent in to restrain the mourners.”

#Iran #Abadan Metropol collapse
Families are waiting for the civil defense to help people under the rubble. The defense has no experience in these matters. The regime gives no help to mourned ppl 😥😥#آبادان_تسلیت #آبادان pic.twitter.com/yLnoOIS6ar— 𝕄𝕠𝕤𝕥𝕒𝕗𝕒.𝕄 (@MostafaMe4)May 23, 2022

On Tuesday morning Mehdi Valipour, head of the Iranian Red Crescent’s rescue and relief operations, said the known death toll had risen from five the previous night to 10. He added that search and rescue teams had so far found three people alive.

Then later on the same day, ISNA News Agency quoted the head of the Khuzestan Building Engineering Organization as having said the body of the building’s owner, Hossein Abdolbaghi, had been identified as being among the 10. It came after conflicting reports that Abdolbaghi had either been arrested or been able to flee Iran.

“This is Abadan,” wrote Saeed Hafezi, a journalist with local broadcaster Radio Goshe Kenar, who posted a video online showing one of the victims being pulled from the wreckage.

In a reference to the 1980s Iran-Iraq war, in which Khuzestan suffered some of the worst damage of Iran’s provinces, he added: “Still war, dead and wounded. But this time in a complex built on a base of [the] corruption of provincial managers.”

The governor of Khuzestan vowed yesterday that those responsible for the collapse of Metropol’s unfinished Tower 2 would be brought to justice. Sadegh Khalilian confirmed a key factor had been that safety rules had not been followed during its construction. He added: “The perpetrators of the accident will definitely be dealt with as severely as possible.”

Journalists, experts and lay observers had been warning of impending disaster on the site for years. A full 18 months ago, a report by the building’s supervising engineer flagged up bending and cracking in the structure, and warned against plans to add another three floors on top of the original design.

ISNA news agency also reported that engineers had warned Abadan Municipality about violations of the building regulations, to no avail. Scaffolding and a new wrap around parts of the building, it was claimed, were intended to conceal the defects.

All the warnings went unheeded. The two-tower Metropol complex, a 45,000-square meter, “completely earthquake-proof” commercial hub with a medical center and multi-storey car park, entered its final phase of construction almost exactly a year ago.

Hossein Abdolbaghi, CEO of Abdolbaghi Holdings and the building’s ultimate owner, had told Khabar Online at the time: “This tower will be built to the highest standards and to the highest quality materials.”

The radio journalist Saeed Hafezi was one of those to highlight safety issues at Metropol. On Tuesday he re-posted a video that alleged corrupt connections between the Mayor of Abadan, the Arvand Free Zone Organization, and Hossein Abdolbaghi. For these revelations, he said, he had received death threats against his wife and child.

Where Has the Owner Disappeared To?

There were sharply contradictory accounts of what had happened to the building’s owner in the immediate aftermath of the calamity, and prior to ISNA’s confirmation of his death on Tuesday.

Familiar sources described Hossein Abdolbaghi as an influential land baron and property developer in his early 60s, who over the years had been able to buy up huge tracts of government-owned land at low prices.

In the past two years alone, among the assets his company acquired were Abadan Prison, a 50-bed hospital, the city’s Nakhl Hotel, a women’s bazaar and several thousand meters of beachfront commercial properties on the Abadan coast.

He had also won national entrepreneurial awards in part due to his close relations with the IRGC’s Khatam al-Anbiya Construction Headquarters and the Ministry of Industry.

One citizen wrote bitterly of the Metropol collapse on Twitter: “Abdolbaghi’s cartel bought up the city and district managers from top to bottom. Today’s mourning is the result of the collusion of government and enterprise.”

The Germany-based journalist Dariush Memar, a writer for Independent Persian, reported that a file on violations of construction safety rules by Abdolbaghi Holdings has been on the desk of the Abadan judiciary for the past three years.

The report, he said, also alleged malpractice on the part of ex-mayor and current deputy governor Mahmoud Reza Shirazi, who reportedly issued a permit for Metropol outside of the normal channels and in spite of it breaching height regulations.

On Tuesday, the Chief Justice of Khuzestan, Ali Dehghani, reported that eight people had been arrested in connection with the collapse of Tower 2. He described them as “the owner and lead contractor [Abdolbaghi], and six municipal officials and supervisors”. The city’s public prosecutor also said the “owner” of Metropol had been arrested.

Simultaneously, though, Abadan Red Crescent officials claimed that Hossein Abdolbaghi had been in the building at the time of the collapse and may be among those buried in the wreckage. The organization has since confirmed he is among the dead.

On Monday afternoon, furious residents of the city took to the streets to protest the widely-perceived negligence on the part of the authorities. A video showed them shouting: “Today is a day of mourning for poor Abadan”.

The #catastrophe of the collapse of the ten-story “#Metropole” building in the city of #Abadan, #Iran
Angry residents reportedly stormed the municipality, blaming faulty construction for the collapse.#IranProtests #آبادان #متروپل_آبادان #آبادان_تسلیت 🥀 pic.twitter.com/BT2EVJZRui