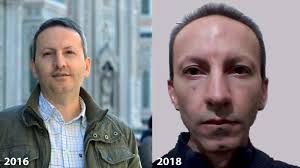 VOA —The wife of Iranian-Swedish citizen Ahmadreza Djalali accused of espionage and threatened with execution in Iran, on Saturday called on the European Union to secure her husband’s release.

“I hope that the the EU can really act decisively in order to bring Ahmadreza home,” Vida Mehrannia said according to excerpts of an interview on Germany’s ZDF channel.

The EU must “not allow an innocent man to be killed in such an inhuman way”, she added.

Djalali was sentenced to death in 2017 on the espionage charges, allegations denied by Sweden and his supporters.

Iranian media had said he could be hanged on Saturday, a sentence that Iranian officials have said they want to carry out.

According to his wife, the execution did not take place.

She said Iran’s justice minister was considering a postponement of the sentence.

The Office of the United Nations High Commissioner for Human Rights on Tuesday called for Tehran to suspend the execution, and requested the revocation of his sentence.

Djalali, who was based in Stockholm where he worked for the Karolinska Medical Institute, was arrested during a visit to Iran in 2016.

In February 2018, while he was still in custody, Sweden granted the academic Swedish citizenship.