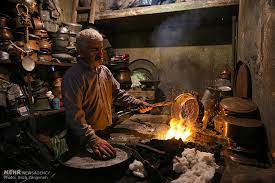 RFL/RE – The Iranian government’s decision to cut subsidies for imported wheat has led to a spike in the cost of flour and flour-based products, including bread, pasta, and confectioneries. The move by the government of ultraconservative President Ebrahim Raisi has sparked widespread anger. Supreme Leader Ali Khamenei has supported the measures. Other hard-liners have said that food prices should be controlled, although they have not criticized the decision to cut subsidies.

In response to criticism, Raisi has responded with a raft of promises. He vowed to maintain the current price of traditional Iranian bread. He also pledged that impoverished Iranians would still be able to buy subsidized bread.

Why It Matters: Raisi’s cash-strapped administration has looked to cut major government subsidies. But the step is likely to come at a cost: potential civil unrest.

The first signs of discontent over bread prices came in the southwestern province of Khuzestan, where there have been reports of authorities disrupting the Internet, making arrests, and deploying additional security forces. Witnesses in the city of Izeh told the BBC that riot police prevented residents from staging a protest over rising bread costs. Other sources reported that small, sporadic protests took place across the province on May 8.

Authorities have a history of using Internet shutdowns, lethal force, and intimidation to put down protests. In 2019, the government’s sudden decision to increase gasoline prices triggered protests in more than 100 Iranian cities and towns. The government responded with force, leaving more than 300 people dead. The protests were the most violent since the Islamic Revolution in 1979.

What’s Next: The government is likely to adopt a two-pronged strategy: prevent or suppress civil unrest and mitigate the effects of the price hikes on Iranians. Authorities have already announced that they will offer cash handouts for two months and then provide electronic coupons that will allow some to buy a limited amount of bread at subsidized prices.

In a sign of the government’s concerns about possible protests over bread costs, a leaked report published on social media suggested that the manager of a state-controlled radio station informed his staff not to air content, including messages from listeners, about the price hikes. The manager said the price hikes were a security issue, according to the leaked report.

Several activists and intellectuals have been arrested in recent days. They include photographer Reihaneh Taravati, who was arrested in Tehran by the Intelligence Ministry on unknown charges, a source close to her family told Radio Farda. Taravati was also arrested in 2014 after appearing in a homemade video dancing to Pharell Williams’ hit song Happy. Filmmakers Firouzeh Khosravani and Mina Keshavarz have also been arrested. The reason for their arrests and the charges against them are unclear. Khosravani briefly managed to call her family to let them know she has been transferred to Tehran’s Evin prison, the feminist Twitter account Bidarzani reported.

The persecution of Christian converts continues in Iran, with advocates saying the situation for the community remains “bad and alarming.” Muslims have no right to convert to Christianity under Iranian law. As a result, many have fled the country to pursue their religious beliefs. Those who remain in Iran face pressure and the risk of arrest. Article 18, a London-based nonprofit organization that promotes religious freedom in Iran and advocates on behalf of its religious minorities, has documented in its annual report more than 120 incidents of arrest, detention, or imprisonment of Christian converts in Iran.

The European Union’s coordinator of talks aimed at restoring the 2015 nuclear deal between Iran and world powers has arrived in Tehran. A draft agreement to revive the nuclear deal has been on the table for months. But an unrelated issue — Tehran’s demand that Washington delist the Islamic Revolutionary Guards Corps (IRGC), Iran’s elite military force, as a foreign terrorist organization — has threatened to torpedo more than a year of talks facilitated by the EU. EU foreign policy chief Josep Borrell told the Financial Times this week that the bloc was seeking a “middle way” to end the impasse.

Why It Matters: Mora’s trip is a last-ditch diplomatic effort to save the deal. If his trip is fruitless, it could spell the end of efforts to restore the agreement.

Mora has played an important role in facilitating the talks, given that Iran has refused to negotiate directly with the United States. He last traveled to Tehran in March, before heading to Washington. Now, Mora is likely to play a key role if there is to be a compromise to the standoff. But time is running out due to Iran’s nuclear advances, which makes the current situation unsustainable.

That’s all from me for now. Don’t forget to send me any questions, comments, or tips that you have.

If you enjoyed this briefing and don’t want to miss the next edition, subscribe here. It will be sent to your in-box every Wednesday.

We invite you to check out the improved Farda website in English and its dedicated Twitter account, which showcase all of our compelling journalism from Iran. And Farda’s YouTube playlist is also worth a look.