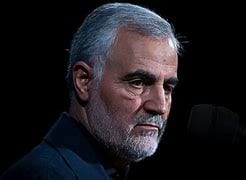 Al-Arabia – Iran will not “abandon” the case of the killing of its top commander Qassem Soleimani by the US until those responsible for his death are “punished,” a top judicial official said earlier this week.

Iran’s Prosecutor-General Mohammad-Jafar Montazeri said that Tehran will not “abandon” the case even if it takes “years.”

“I assure you that we will not abandon the investigation and finalization of this case, and even if it takes years, we will bring it to fruition so that the perpetrators of the assassination of our dear martyr will be punished for their actions,” the semi-official ILNA news agency quoted Montazeri as saying on Sunday.

Soleimani headed the Quds Force, the overseas arm of Iran’s Islamic Revolutionary Guard Corps (IRGC). He was widely considered to be the most powerful figure in Iran after Supreme Leader Ali Khamenei.

Soleimani was killed in a US airstrike in Iraq on January 3, 2020, ordered by then President Donald Trump.

Iran responded to his killing days later, launching ballistic missiles at US forces stationed in Iraq. No American troops were killed in the attack.

Iran has since continued to threaten retaliation for Soleimani’s killing.

Speaking on the second anniversary of Soleimani’s killing, Iranian President Ebrahim Raisi said in January that Trump must face trial for the killing or Tehran would take revenge.

“If Trump and (former secretary of state Mike) Pompeo are not tried in a fair court for the criminal act of assassinating General Soleimani, Muslims will take our martyr’s revenge,” Raisi said.

“The aggressor, murderer and main culprit – the then president of the United States – must be tried and judged under the (Islamic) law of retribution, and God’s ruling must be carried out against him,” he added.

Last month, the Associated Press reported the US State Department as saying that it is paying more than $2 million per month to provide 24-hour security to Pompeo and former Iran envoy Brian Hook.

The two officials face “serious and credible” threats from Iran, the AP reported, citing a report from the State Department to Congress.

The US and Iran have engaged in indirect talks in Vienna aimed at reviving the 2015 nuclear deal for a year.

The removal of the IRGC from the US’ foreign terrorist organization blacklist is reportedly one of the few remaining unresolved issues in the talks. Iran has said lifting US sanctions against the IRGC is one of its top priorities in the talks.

“One of the main” US conditions for the removal of the IRGC from the FTO list is for Iran to drop its pursuit of revenge for Soleimani, Radio Farda, the Persian-language broadcaster at Radio Free Europe/Radio Liberty, reported last week, citing a source close to the talks.

The US designated the IRGC as a foreign terrorist organisation under Trump in 2019.

Trump withdrew Washington from the nuclear deal in 2018 and reimposed sweeping sanctions on Tehran, saying the deal failed to address Iran’s ballistic missile program and regional activities and did not block Iran’s path to a nuclear weapon.

The Vienna talks, which began in April 2021, aim to bring Iran back into compliance with the deal and facilitate a US return to the agreement. The deal offered Iran sanctions relief in exchange for curbs on its nuclear program.