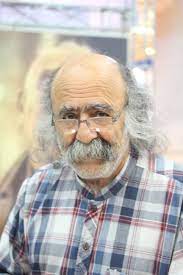 Iran-HRM – Imprisoned journalist and political activist Keyvan Samimi, was transferred from Evin Prison to Karaj Central Prison.
The 73-year-old was recently transferred to a police station in Karaj, west of Tehran.

Mostafa Nili, the lawyer of Keyvan Samimi, had previously said that according to the available evidence, “resorting to violence and force” the authorities had taken his client to one of the police stations in Karaj to transfer him to the city’s central penitentiary later.

In an interview with the state-run Emtedad website, Nili said that his client had been banished due to pressure from security agencies, and that he “had not even managed to take any of his belongings, including his medication. This will be very dangerous given his advanced age and the diseases he suffers from.”

In recent days, the Iranian Writers Association (IWA) issued a statement stating that the reason for Mr. Samimi’s transfer is a letter he wrote following the death of IWA member and political prisoner Baktash Abtin, calling his death a “premeditated murder.”

Keyvan Samimi, a freedom of speech and thought advocate, is the editor-in-chief of Iran-e Farda (Tomorrow’s Iran) current affairs magazine, editor-in-chief of the banned daily paper Nameh (Letter) and board member of the Society in Defense of Press Freedom.

In May 2019, he was arrested at a Labor Day rally in Tehran and in May 2020, Branch 26 of the Revolutionary Court sentenced Keyvan Samimi to three years in prison for “assembly and collusion against the state.” On July 27, 2020, the verdict was upheld by Branch 32 of the Appeals Court.

Previously, in June 2009, he was sentenced to six years in prison and banned from political and cultural activities for 15 years for “propaganda against the regime,” “assembly and collusion against national security,” and “insulting the Supreme Leader.” He was released from prison in 2015.