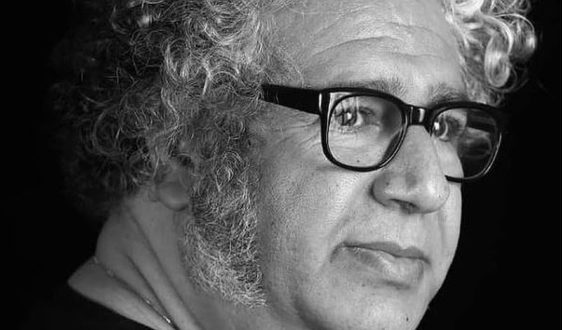 Iranwire – Seven political prisoners at Evin Prison are on hunger strike in reaction to the death of their fellow inmate, the poet Baktash Abtin. The detainees demand accountability from Iranian judicial figures over Abtin’s having contracted Covid-19 in prison, and alleged medical neglect that allowed him to become seriously ill before receiving treatment.

Inmates of Ward 8 of Evin Prison told IranWire that last week two of the protesters, Hamid Haj Jafar Kashani and Mahmoud Ali Naghi, had been transferred to Taleghani Hospital: a facility that has contracts with the Prisons Organization. Both were said by prison officials to be being treated for hypotension and extreme physical weakness. Another striking prisoner, Ali Asghar Hassani Rad, was ostensibly taken to the medical center at Evin Prison. None have returned.

Their cellmates, however, fear this is a pretext on which to break up the strikers. In an audio file sent to IranWire, one said they suspected that in fact, the four men have either been placed in solitary confinement or transferred to Greater Tehran Penitentiary.

The Hunger Strike So Far

Baktash Abtin died in hospital on January 8 after being put into an artificial coma. Those on hunger strike are demanding answers from the authorities as to how his health was allowed to deteriorate so badly, and a full investigation. Their request for a meeting with the prison director or the Tehran public prosecutor has so far gone ignored.

On Sunday morning, the remaining three issued a statement saying they would change their dry hunger strike to a wet one until they knew the status of the three who were taken off the ward. The text of the statement, shared with IranWire, claimed they had been “abducted”. “Out of concern for friends and to prevent the repetition of this ploy to separate the strikers,” it read in part, “we are changing our hunger strike from dry to wet until we achieve our goal: holding the judicial authorities accountable for the death of Baktash Abtin.”

The six original participants in the strike were Hamid Haj Jafar Kashani, Mahmoud Ali Naghi, Ali Asghar Hassani Rad, Peyman Pourdad, Mehdi Darini and Sadegh Omidi Lapundi. Two days after they began they were joined by Moin Hajizadeh, who was jailed for his support of campaigners against mandatory hijab. Hajizadeh was forced to end his strike on Monday due to complications from kidney disease.

Insulting and threatening the strikers

All seven of those involved in the hunger strike are said to have seen their phone cards instantly blocked by prison officials. They are also being denied in-person visits.

An inmate on Ward 8 told IranWire that two days into the protest, a group of judicial officials came to the prison Hosseiniyeh, or mosque, and accused the strikers of using Baktash Abtin’s name to “make a name for themselves”. All seven flatly denied the charge, they said, and even told the visiting officials to leave the place of worship.

“One of [the visitors] believed that the strikers should be managed with physical force,” the source said. “But the deputy had of the Prisons Organization, who accompanied them, said the best way was to ignore them. If the strikers’ conditions worsen they will be transferred to Taleghani Hospital. The hospital is in a dismal state, and its security department directly exerts pressure on medical staff to avoid providing real treatment to prisoners.”

Another current detainee, Mojtaba Naroui, told IranWire his phone card – his only way of contacting his mother – had also been blocked after he attended a prisoner-led memorial service for Baktash Abtin on January 10. For the time being at least he is not even allowed to contact his lawyer, Babak Paknia.

Other sources on Ward 8 have told IranWire that an internal director at Evin Prison, a man named Yousefi, promised he would follow up on the death of Baktash Abtin in a bid to make the seven abandon their hunger strike. At the same time, he also warned they could be sent for internal exile if they continued.

The Writers’ Association of Iran, of which Baktash Abtin was a prominent member, issued a statement on Saturday urging the prisoners to end their dry hunger strike and not to endanger their lives.

“The assassination of Baktash Abtin has intensified outcry within the popular liberation movement,” the Association said. “It’s a movement that needs the lives of these freedom-loving souls; it is up to us to take care of them.”

This article was written by a citizen journalist in Tehran under a pseudonym.