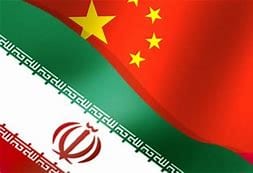 Is the Iran-China Deal Legally Valid?

Iranwire – January 15, 2022 was a game-changing day for the political landscape of Iran. The Islamic regime and the Communist Party of China announced the implementation of a sprawling 25-year bilateral agreement on trade, oil sales and infrastructure: one signed behind closed doors and without consultation with the people of either country.

The leaked draft agreement showed heavy concessions by Iran and the handover of a massive amount of power over the future physical and digital landscape of Iran to Chinese companies. Is this even a valid agreement, and if not, what could be done about it?

Is the Iran-China Deal Permissible in Iranian Domestic Law?

The Constitution of the Islamic Republic states that government contracts with other countries must be ratified by the Iranian parliament. The matter is so important that, unlike most other points, the Constitution actually mentions it twice, in Articles 77 and 125.

The current Iranian foreign minister, Hossein Amir-Abdollahian, has declared the 25-year deal with China “confidential”, following in the footsteps of his predecessor Javad Zarif. As such, he claimed, it was “not practically possible” for it to be reviewed in public and by Iran’s elected MPs. There is nothing in the Constitution allowing exceptions for inter-governmental contracts deemed “confidential”. As such, if the Iranian state implements the Iran-China deal without parliamentary approval, it will be in violation of Iranian domestic law.

Why is the Deal Being Termed ‘Confidential’?

The text of the 25-year agreement between the Islamic Republic of Iran and the People’s Republic of China should be made available to the public, like any other long-term agreement between two states. It is the right of all Iranian and Chinese citizens to be made aware of what commitments their governments have made on their behalf.

Under intense pressure from critics at home and overseas, the Iranian government belatedly conceded the deal was being kept “confidential” at the request of the Chinese government. But in summer 2020 a draft version of the text in Persian was leaked to the international media. Some of its most important points have been detailed in this report by IranWire.

Then-Foreign Minister Mohammad Javad Zarif later complained that the Chinese government had expressed strong dissatisfaction with the leak incident, and had also delayed the signing of the contract to change some of its provisions. The draft detailed heavy concessions by the Islamic Republic to China and presumably, any new amendments made by China would also be to the benefit of that country.

The agreement was finally signed about 10 months later, in spring 2021, during a visit by the Chinese foreign minister to Tehran. It was assumed the deal would be put to the vote in the Iranian parliament during that visit. But this never happened.

Is the Iran-China Agreement Internationally Valid?

The commitments made by Iran and China as part of the deal are so wide-ranging and long-term, they arguably amount to being a treaty. According to international conventions, the basis of any treaty’s validity is public access to its provisions. This is to prevent illegal agreements being made between states that could threaten international peace and security. The Treaty of Versailles, for example, agreed between the Allied States and Germany at the end of World War I, specifically prohibited signatories from making secret agreements with each other.

Naturally, Iran is not a signatory to the Treaty of Versailles. But the UN Charter also calls on its member states to record the text of draft and finalized treaties they plan to enter into. Any bilateral agreements not registered in accordance with the Charter is, by default, not recognized by the UN.

For the time being at least, that applies to the Iran-China deal. It means that in the event of a future dispute between the two governments linked to its provisions, they will have no recourse to the International Court of Justice. Part of the deal centers on the regular provision of Iranian oil to China – something Tehran has had to renege on in past agreements with other countries, at enormous cost to the Iranian taxpayer. The non-registration of this agreement with the UN therefore puts Iran at serious financial risk.