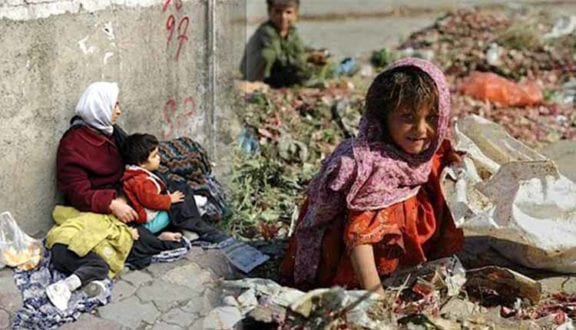 Child Malnutrition on the Rise in Sistan and Baluchistan

Iranwire – The number of children aged under five in Sistan and Baluchistan who are underweight or have stunted growth is on the rise, health officials have warned. In a report on issues of malnutrition in the province, ILNA news agency put the official figure, which only counts those youngsters who have registered with a health center, at 12,000.

Seyed Mehdi Tabatabai, a nutritionist and the vice-chancellor for health at Zahedan University of Medical Sciences, told ILNA: “According to our statistics, the prevalence of underweight children under five in the province is two and a half times the national average, and pediatric short stature is three times the national average. In the first six months of this year, both have increased.”

Tabatabai attributed the increasing numbers of underweight children to issues stemming from coronavirus. “This virus has caused incomes to decrease, and households to go to health centers and thus monitor their children’s health less, as a result of which the number of malnourished people has increased. Inflation and rising food prices go hand in hand to make the household goods basket smaller, and consequently, a reduction in the proteins and nutrients needed by the family causes malnutrition.”

Ramazan Pudineh, deputy chairman of the Sistan and Baluchestan Relief Committee, said his team was aware of 11,700 children in the province suffering from malnutrition. Each receives a very small stipend of 100,000 tomans a month to help them procure more food.