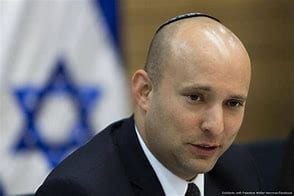 RFL/RE – Naftali Bennett has announced a trip to the United Arab Emirates (U.A.E.) on December 12 for a meeting with that Gulf state’s leaders in the first-ever visit by an Israeli prime minister.

It is the most senior mutual visit since a U.S.-mediated formalization of Israeli-Emirati relations was achieved last year through the so-called Abraham Accords.

“I will be going out today to the United Arab Emirates, in the first visit ever by an Israeli prime minister,” Bennett told his cabinet on December 12.

There was no confirmation of the visit from Abu Dhabi.

The trip comes against a backdrop of intense diplomacy as world powers try to revive a six-year-old nuclear deal with Iran that was hobbled by a U.S. pullout and the reimposition of sanctions in 2018.

Israel has staunchly opposed the nuclear deal, but U.S. President Joe Biden came to office in January pledging to bring it back to life.

Hard-line Iranian President Ebrahim Raisi said on December 11 that his side was “serious in the negotiations,” after U.S. officials publicly questioned Tehran’s commitment to renewing the Joint Comprehensive Plan of Action (JCPOA) from 2015.SEE ALSO:Iranian President Says Tehran Is ‘Serious’ In Vienna Talks On Reviving Nuclear Deal

Israel and the U.A.E. have long cooperated secretly on security, but only formalized relations in September 2020.

In addition to the U.A.E., Israel has also normalized its relations with Bahrain.

Before the Abraham Accords, only Egypt and Jordan among Arab states conducted diplomatic relations with Israel.

Based on reporting by Reuters and AP