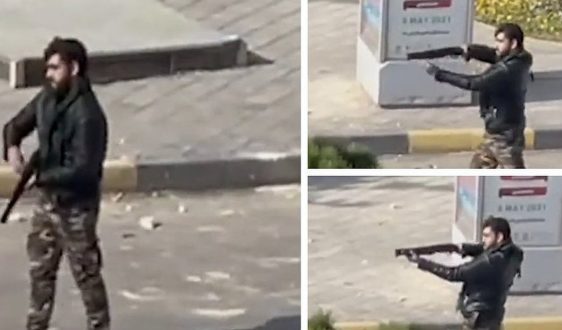 Isfahan: Instead of Crushing Protests, the Iranian Government Should Solve Its Water Crisis

CHRI – The Iranian security and military forces’ violent crackdown on large protests in the city of Isfahan that broke out over severe state mismanagement of water resources is more evidence of the Ebrahim Raisi government’s policy of zero tolerance of public criticism and dissent.

“People from various sectors of society are protesting the state’s incompetence in resolving fundamental crises that are affecting their ability to live,” said Hadi Ghaemi, executive director of the Center for Human Rights in Iran (CHRI).

“Instead of revealing effective plans to alleviate the people’s suffering, the Iranian government is focused on eliminating spaces for people to air their grievances,” said Ghaemi.

“No one should be jailed or assaulted for exercising their right to protest,” he added. “The Iranian authorities are legally responsible for the health and safety of all those harmed and detained during this time.”

As of November 29, the Human Rights Activists News Agency reported that at least 214 people, including 13 individuals under the age of 18, had been arrested in Isfahan.

Since mid-November 2021, thousands of farmers have been camped on the Zayandeh Rud’s dry riverbed in Isfahan to voice frustration with government policies that experts say have exacerbated the country’s water crisis.

The state-owned Islamic Republic of Iran Broadcasting organization initially covered the large demonstrations to argue that the protesters were government supporters. However, on November 24, security agents set fire to tents belonging to the protesters, fired into crowds, and judicial authorities announced the arrests of several people.

The Iranian government does not allow non-state media to report on the country’s internal events from the ground, yet assaults of protesters by Iranian military and security forces were documented by individuals with their camera phones and shared on social media and by foreign Persian news outlets.

The suppression of the protests was accompanied by state-controlled disruptions of the internet to prevent the free flow of information within the country and to prevent people from sending videos and photos to foreign media outlets where they could get more coverage.

In Isfahan, eyewitness accounts, as well as videos and photographs, show the farmers and other protesters were not carrying any weapons—yet many were injured by state security forces.

According to Mohammad Reza Mirheydari, the military governor of Isfahan, the assault on the protesters was “a collaboration between the police, the Basij militia, the Islamic Revolutionary Guards, and the security establishment.”

Independent reports from November 29 indicate at least 19 people were admitted to the hospitals in Isfahan with eye injuries, while official sources acknowledged that two injured people were hospitalized in serious condition.

During previous protests, injured demonstrators have avoided medical treatment to protect themselves from state persecution.

The security and military forces’ violent repression of the protests in Isfahan is a violation of Article 27 of Iran’s Constitution, which recognizes the people’s right to peaceful protest.

State media has provided no information on the conditions of the detainees held in detention facilities in the city of Isfahan, the prison in Khomeini Shahr township, and at a separate women’s penitentiary at another prison in Isfahan.

Hassan Karami, a police commander in Isfahan, claimed plainclothes security agents had detained 67 people, “some of them were armed with pistols and will face firm judicial action.”

A report by the Iran Human Rights organization said a group of detained protesters, including several injured by pellet guns and beatings, were transferred to Isfahan’s Dastgerd Prison.

“The Iranian people deserve solutions to these life-threatening crises, not bullets,” said Ghaemi.

Read this article in Persian