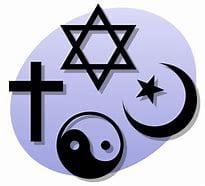 George Haroonian: Antisemitism is Inherent to the Islamic Republic

Iranwire – Antisemitism has compelled tens of thousands of Iranian Jews to leave their homes and move abroad over the past 42 years. Those who chose to remain in the Islamic Republic have had to endure continuous hatred, promoted and institutionalized by the state.

Since the foundation of the Islamic Republic, Islamic Republic of Iran Broadcasting, state-owned news agencies and government-affiliated media outlets have produced reams of antisemitic audio-visual content and online propaganda. Articles, films, TV series, and stories rooted in the historical antagonism between Islam and Judaism, anti-Israel sentiment and baseless conspiracy theories have harmed and isolated Jews in Iran. IranWire’s new investigative report, Antisemitism and Holocaust Denial in Iran: A Review of State Narratives Since 1979, gives a detailed account of how this has content developed and was received over time.

IranWire spoke with George Harounian, a prominent member of the Jewish community now based in Los Angeles, about anti-Jewish propaganda and antisemitism in the Islamic Republic.

The Islamic Republic has always claimed to acknowledge and protect the rights of religious minorities. In practice, however, most non-Shia Muslims see their civil and human rights trampled on by state institutions: not only Baha’is and Mandaeans, but even members of the three minority faiths that are officially recognized by Iran’s Constitution. Between 65,000 and 80,000 Jews lived in different parts of Iran before the Islamic Revolution: as a result of discrimination, the number has now dwindled to an estimated 20,000.

In June 1963 Khomeini gave a speech about the Shah and Israel in which he referred to the latter as the “enemy” of Iran, the Quran and scholars of religion, setting up a political dynamic that would persist more than 40 years later. “Because of the Shah’s friendly relationship with the Israeli government,” Haroonian said, “he then asks the question: ‘What is the connection between the Shah and Israel? The security services say don’t talk about Israel. Don’t talk about the Shah. What is the relationship between these two? Is the Shah an Israeli? Do the security services think the Shah is Jewish?’.”

Referring to scholarly research by the German academic Dr. Matthias Kantzel, who has examined resurgent antisemitism in Iran and other countries, Haroonian went on: “Some have been quoted as saying that Mr. Khomeini was an avid listener of Radio Berlin in Persian during World War II, and keenly followed news of the massacre of the Jews. We cannot understand the policies of the Islamic Republic today – and its antisemitic aspect – without understanding the system’s creator.”

Asked about the historical suspicion of Muslim rulers toward Jewish people, Harounian said: “I don’t think the word ‘suspicion’ is accurate. ‘Abuse’ might be better. Though I don’t believe all Muslim rulers were antisemitic –Reza Shah and Mohammad Reza Shah were also Muslims; they haven’t just mistreated Jews but also given them a lot of freedom. In fact, the historic system of the Shiite Safavids and that of the Islamic Republic must be separated. Nevertheless, Islam – whether Shiite or Sunni – takes the view that Jews should not, cannot, be superior to Muslims. They must be under Muslim control. Many believe that the Jews disobeyed Moses’s commands and are dishonest people. There are also historical narratives like the story of the Khyber War, which depicts Jews as generally bad characters. Stories and movies follow the same strategy.”

Harounian has worked for years to shed light on how the regime tries to promote antisemitism in Iran, and turn the public mind against religious minorities more broadly. The reason the Jewish Iranian community rarely reacts to these provocations, he said, is simple. “I was born in Iran. I was a classmate of Muslim children; my friends were actually Muslims. But nevertheless, if there was an argument and I took a position, they’d say: ‘You’re a Jew; why do you say this? Get lost!’ And as a result, there’s a desire to stay out of politics among the Jews of Iran and the Middle East as a whole. They generally lower their heads and don’t intervene – even as the part of society that follows the dominant system is affected by propaganda. That’s why the conflict between Arabs and Israelis, which had been a land dispute for many years, has now become a kind of religious conflict.”

IranWire’s article also noted how conspiracy theories about Jews have given Iran’s security service a free pass to subject them to arbitrary arrests and human rights abuses. One infamous case in 1999 involved 13 Jewish citizens in Shiraz, including a rabbi, two university professors, several teachers in private Hebrew schools, a government official, a kosher butcher and a 16-year-old boy, who were detained by the Ministry of Intelligence and sentenced by the Revolutionary Court to 10 years in prison each. They were gradually released amid international outcry. “The charge of espionage is a very serious one,” Haroonian said, “and its punishment in Iran is death.

“I was very active in those days and called on others to respond to the case. How can a butcher or a cobbler, whose living standards are even lower than those of the average person, be a spy? Had the espionage charge had any foundation, do you think they’d have been released so easily? They all left Iran and now live in Israel and the United States but because of the pressure their families were put under, they don’t speak openly about what happened to them.”

The very next year, 11 Iranian Jews disappeared on the border with Pakistan while they were trying to emigrate. The case was investigated by Mossad and their fate remains unknown, though evidence pointed toward their assassination. “The men, aged 14 to 40, arrived in Sistan and Baluchestan province in two groups with guides, and had kept in touch with their families up until then. But from then on, there was no news. The families’ follow-ups have come to nothing. Despite MPs’ claims the fate of these individuals was being investigated, the public has never been informed of the results.”

The Revolutionary Guards and the Ministry of Intelligence are among the biggest promoters of antisemitic content in Iran, along with several other intelligence and security agencies and the media outlets beholden to them. “There is a Jewish community in Iran,” Harounian said, “but how are the leaders of this community elected? There are operatives from the security and intelligence agencies who talk to people from religious minority groups that they want to see appointed, and to them what the red lines are. The reason they don’t react to these incidents is they are under pressure. In cases like Holocaust denial, a clear position was taken despite the cultural and intellectual atmosphere in Iran opposing such statements.”

He added: “Today, the Iranian people know that human beings, regardless of religion, have interconnected and common destinies. The coronavirus pandemic, sanctions, and unfavorable economic conditions in Iran have changed the situation for everyone. We have poor Jews just as we have Muslims in poverty. This common destiny should be highlighted. Moreover, despite the propaganda of the Islamic Republic, the people of Iran know that Israel has no enmity with them. Israel is aware that if a government constantly threatens to destroy Israel or says it should disappear from the map, it must be taken seriously; we have gone through this before,  with bitterness and hardship, in the Holocaust.”