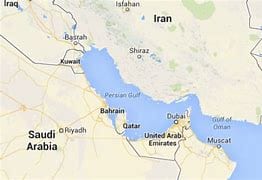 RFL/RE – The United States Navy said on November 28 that it had rescued two Iranian mariners who had been adrift aboard a fishing vessel for eight days in the Gulf of Oman.

The navy cargo ship Charles Drew was sent to the scene on November 27 with food, water, and medical personnel after a distress call was received, U.S. Naval Forces Central Command said in a statement.

The two men recovered “in good health and spirits” and were transferred to an Omani Coast Guard vessel to be taken to the Omani capital, Muscat.