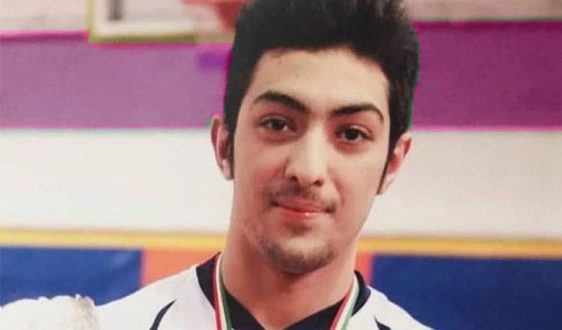 Iranwire – Arman Abdolali, a young Iranian man sentenced to death for a crime allegedly committed when he was a minor, was hanged on November 24. The execution was carried out despite the weak case against him and pleas to Tehran from human rights organizations to spare his life. The young man was buried in the presence of his parents and friends.

Abdolali had been accused of murdering his then-girlfriend Ghazaleh Shakur in 2014. He was 17 at the time and confessed to the killing at age 18. But he later retracted his confession, saying it had been extracted under torture. He was sentenced to death in December 2015 nonetheless.

Human rights activists and Arman’s lawyers say that not only was he a minor when the incident occurred, but the case against him was patchy and left many questions unanswered. The body of Ghazaleh Shakur was never found, and some people claimed afterward that they had seen her alive. According to Arman’s family, these claims were dismissed out of hand and never investigated.

Amnesty also noted that Iranian authorities have shirked their responsibility by claiming Ghazaleh Shakur’s family had refused to forgive Arman, as required by the Islamic Penal Code, when the punishment is based on qisas (retributive justice). The inclusion of qisas in criminal law has been roundly condemned by human rights organizations

Other human rights organizations denounced the execution of Arman. “We condemn the execution today in Iran of Arman Abdolali, who was below the age of 18 at the time of his alleged crime,” announced a spokesperson for the UN Human Rights Office.

“It is deeply alarming and shocking that his hanging went ahead despite interventions by numerous parties on the case, including direct engagement by the UN Human Rights Office with the Government of Iran. The execution of child offenders is categorically prohibited under international human rights law, and we remind Iran that it is obliged to abide by this prohibition.”

In its 13th annual report, Iran Human Rights noted that despite the coronavirus pandemic, Iran was the only country in the world to execute children in 2020. Four juvenile offenders are known to have been executed during this time. Even the Saudi Arabian government has announced the death penalty will no longer be issued to minors, except in terrorism cases.

Arman’s execution was one of the most harrowing cases seen in Iran this year. It had been  rescheduled at least three times prior to being carried out this week. The judiciary claimed it had done everything it could to convince Ghazaleh Shakur’s family to forgive Arman, but “had to” carry out the execution as the family did not relent. Arman was hanged at Rajaei Shahr Prison in Karaj and was buried in Tehran’s Behesht Zahra Cemetery.