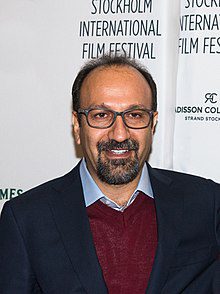 Oscar Winner to Government Official: I Detest You!

Iranwire – Iranian filmmaker Asghar Farhadi has lashed out at the head of a state-run documentary-making group who suggested he had “both the [Iranian] government and those outside the government” on his side.

The comment had come from Davood Mouradian, director of the government-run Fath (Victory) Narrative Cultural Foundation. In an Instagram post on Tuesday, Farhadi, whose film A Hero is currently being screened in Iran, said he didn’t know his accuser personally but nonetheless was clear: “I detest you!”.

Farhadi wrote that he had long tried to avoid public confrontation, but this silence “has led some to unilaterally express whatever they want, with the assurance that Farhadi will not react.”

With regard to Moradian’s remarks, he demanded to know: “How can you deceitfully associate me with a state whose extremist media has spared no effort to destroy, marginalize and stigmatize me? A government where I have made clear my views on the suffering it has caused over the years? I’ve talked about all of it: from January 2017 and November 2019 to the bitter, unforgivable tragedy of the killed passengers of the Ukrainian plane; from the cruel discrimination against women and girls to taking the country to the coronavirus slaughterhouse.”

The filmmaker went on: “How can you associate me with you when your government has repeatedly taken my passport at the airport for interrogations?” He added: “If Iran’s putting my film forward for the Oscars has led you to the conclusion that I am under the shadow of your flag, I explicitly declare that I have no problem with canceling the decision.  I no longer care about the fate of the film I made, with all my heart. Either in Iran or outside it.”

During an interview with Variety at the Cannes Film Festival in September 2021, Farhadi had mentioned that the Iranian government was repressive and suppresses freedom of expression.  A day later in another interview, however, he disavowed the remarks, saying his words had been mistranslated. Asked by a Radio Farda reporter whether the choice of actor Amir Jadidi to star in A Hero had been influenced by the Ministry of Intelligence, he said he didn’t pay attention to the actors’ backgrounds but rather, to their talent.

A Hero was recently put forward by the Islamic Republic as an Oscar nominee. Farhadi has previously won Oscars for two of his films, A Separation and The Salesman.