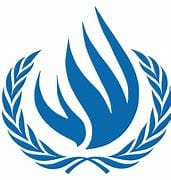 Al-Arabia – A senior member of the United Nations has spoken of his “deep concern” over Iran’s death penalty policies and the number of executions of child offenders during an interview with Al Arabiya.

Javaid Rehman, special rapporteur on human rights for the UN, said Iran has one of the highest numbers of yearly executions and remains one of the few countries in the world to impose the death penalty on those who were minors at the age of an alleged crime.

Often, he said, prisoners in Iran are subject to torture, leading to the concern over false confessions and a death penalty punishment being handed to a prisoner for a crime that he or she did not commit.

“Iran continues to be one of the highest executers of the death penalty in the world and there are over 80 offenses for which the Iranian Criminal Law applies the death penalty,” he told Al Arabiya.

This “broad remit” is why more than 250 individuals were sentenced to death and executed in 2020 alone, he said.

Iran has constantly been critiqued by human rights groups, including Amnesty International and the Human Rights Watch, for its treatment of prisoners and the country’s death penalty policy.

For Rehman, he said his concerns are that the death penalty is applied to offenses that are often not defined as the most serious crimes in international law.

Many of the offenders who fall foul to Iran’s sweeping application of the death penalty laws are minors, he added.

“I am deeply concerned that Iran is one of the very few countries which continue to execute child offenders.”

Rehman clarified that this meant offenders who were minors at the age of which the crime was said to have been committed.

Every year, Iran carries out executions on offenders who were children at the time of the alleged crime, said Rehman.

Iran’s criminal code means that girls as young as nine, and boys as young as 15 are defined as having “criminal responsibility,” he said.

Another concern of the UN, said Rehman, was reports of Iran’s treatment of prisoners, including that of political protesters in the country.

An Iranian inmate peers from behind a wall as a guard walks by at the female section of the infamous Evin jail, north of Tehran, 13 June 2006. (File photo: AFP)

“We have witnessed a number of political protestors and political dissidents, human rights offenders [which] have been charged with national security offenses or other offenses which carry the death penalty,” he said.

He gave the example of 27-year-old Navid Afkari, a wrestler who was sentenced to death over the murder of a security guard during a wave of anti-government protests in 2018.

He said he had been tortured into giving a confession.

Afkari was executed by hanging in the southern city of Shiraz, according to state media.

“Afkari was executed in very unfortunate circumstances,” said Rehman. “There is clear evidence that he was tortured to confess and when he attempted to retract his confession that was not taken into account and in fact, this year, this September, [another] individual who was witness to the violations or abuse of his human rights died in very strange circumstances in prison.”

“I urge Iran to ratify the convention against torture. Iranian law prohibits torture, but we have evidence and we receive consistent information that torture takes place.”

“So I would very strongly urge the Iranian authorities not to convict these individuals on the bases of their confessions because these confessions are unreliable, they are not voluntary and they are very frequently, almost inevitably, extracted through cohesion, through torture and through pressure.”

Political protestors are often a target of Iranian authorities, said Rehman, pointing to the fact that in November 2019, 304 innocent men, women and children were killed by security forces using excessive force during protests.

Rehman said of those being handed a death penalty sentence, a “disproportionately high” number are ethnic minorities.

They include girls who are of Baloch descent, who live mainly in the southeastern most edge of Iran.

“Because of their descent, because they are asking for their ethnic, linguistic, and political rights, they are arbitrarily detained, they are tried arbitrarily, and their executions is put in place.”

“The rights of religious minorities are regularly repressed. A number of minorities such as Bahai are not recognized in the system and their genuine claims to have their rights to freedom of religion or belief and to exercise their rights are repressed and denied as part of deliberate state policy.”

This includes the repression of women across the struct Muslim country, including those that have the “Hijab forced upon them.”

“The state forced its ideology on women which violates women’s fundamental human rights.”