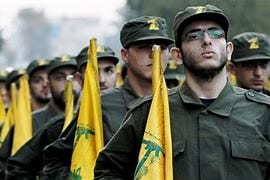 Iranwire – The Biden administration Friday announced new sanctions on Lebanon’s Iran-backed Hezbollah, with the top US diplomat calling on governments around the world to clamp down on the terrorist group.

“Hezbollah is increasingly looking for additional sources of revenue to bolster its coffers. We call on governments around the world to take steps to ensure Hezbollah and other terrorist groups do not exploit their territory and financial institutions,” Secretary of State Antony Blinken said.

For all the latest headlines, follow our Google News channel online or via the app.

An announcement from the Treasury Department said four individuals were being designated due to their ties to Hezbollah.

Hizballah uses revenues generated by financial networks to fund terrorist activities, as well as to perpetuate instability in Lebanon and throughout the region. The United States will not relent in targeting these networks. https://t.co/wRdhSTTT9l— Ned Price (@StateDeptSpox) September 17, 2021

The sanctioned Hezbollah supporters were part of a Lebanon and Kuwait-based funding ring working to support Hezbollah and the Islamic Revolutionary Guard Corps – Quds Force (IRGC-QF).

The networks have allegedly laundered tens of millions of dollars to benefit Hezbollah and the Quds Force.

“Hezbollah, with the support of the IRGC-QF, uses the revenues generated by these networks to fund terrorist activities, as well as to perpetuate instability in Lebanon and throughout the region,” the Treasury Department said.