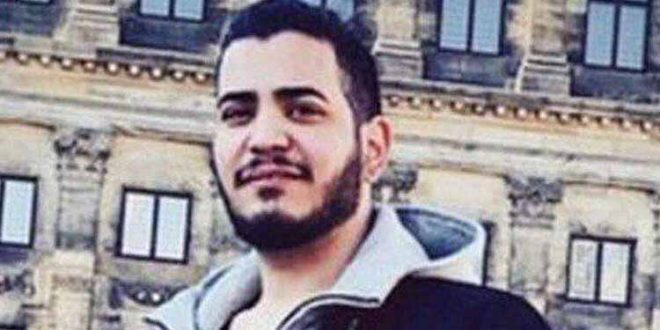 Iran-HRM – A lawyer who represents Amir Hossein Moradi, a political prisoner detained for his part in the 2019 protests, said his client who suffers from a severe skin disorder is in critical condition.
While critisizing the head of Iran’s judiciary for not paying attention to his client’s condition Paknia said his letters to the judge have been ignored.

It came after Gholam Hossein Mohseni Ejei made a speech on Thursday, September 16th during which he said: “After the arrest warrant is issued for the accused and he/she is handed over to the officer, the judge cannot absolve himself of responsibility, and in this case, if something happens to the accused, the judge is responsible for it.”

Referring to Eje’is remarks Babak Pakunia tweeted a few ours later on Thursday, “I wrote you a letter that my client is in critical condition and the judge is not paying attention; Your office did not pay attention! Who is responsible for my client’s life?!”

Babak Paknia, the lawyer of political prisoner Amir Hossein Moradi said his client who suffers from a severe skin disorder is in critical condition. He said his letters to the judge have been ignored.#Iran #HumanRights https://t.co/PJ6sE0kvI5— IRAN HRM (@IranHrm) September 17, 2021

Amir Hossein Moradi was arrested on November 19, 2019, and held for a week in a Ministry of Intelligence detention centre in Tehran, before being transferred to Evin Prison for a month.

He was held in prolonged solitary confinement and interrogated without a lawyer present.

Moradi was initially sentenced to death for taking part in the 2019 protests in Tehran. The death sentence was not upheld by the Supreme Court.

Aanother political prisoner who was recently on leave from the Greater Tehran Prison Hossein Qashqaei reported that despite his deteriorating condition, prison authorities refrain from releasing Amir Hossein Moradi.

In his twitter account Qashqaei said on August 16 that Amir Hossein Moradi could not tolerate prison conditions and that prison officials refused to give him his medication despite his various ailments.

Qashqaei revealed that Moradi was insulted and treated with contempt and explained how he was not allowed to take a shower for two weeks despite the unhygienic conditions.

The political prisoner said he stayed with Moradi, who could not even keep water down, day and night until he was transferred to the hospital.

According to his mother, his condition has deteriorated even more than before in the hospital.

“His mother says his condition is even worse than when I was with him. I can’t imagine he could be worse than before and what he must be going through,” his friend tweeted.

“His mother says Amir Hossein has lost his spirit and that’s why the treatment isn’t working on him. Why are they keeping him in prison when he is suffering from this illness?” he wrote.