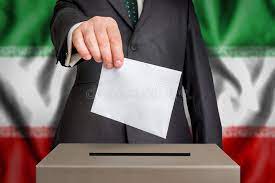 Study Reveals Iranians’ Disinterest in Engaging With the State

Iranwire – The Iranian quarterly Geopolitics has published a wide-ranging report examining the decline of public trust in and engagement with official institutions of the Islamic Republic.

It comes against a backdrop of recent policy failures, but also a divide between people and clergy that has steadily grown over 40 years. Pro-democracy movements have flourished in the last decade despite – or perhaps because of – the increasingly brutal state attempts to stifle them, while Iran is falling short of international standards in a range of pivotal areas.

Many more Iranians than before are now of the opinion that Shiite clerics do not have the authority or skills needed to govern. Many Islamic Republic officials appear to recognize this, trying variously to claim they are battling against an “unreasonable increase in expectations in society” or the provocation of “enemies”. Alireza Zakani, the new mayor of Tehran, recently became the latest to repeat the lie: “After 42 years, if there is a problem, it has nothing to do with Islam, or the revolution, or the leader, or the people’s will.”

But the regime’s decision in 2021 to appoint Ebrahim Raisi to head of the executive branch has come at a great political cost. The diehard regime insider took on the presidency at a time of unprecedented distrust in the Islamic Republic. An article in the latest issue of Geopolitics, entitled Analysis of the Relationship between Social Capital and People’s Expectations, found people’s level of participation in some aspects of public life is now very low indeed.

At the same time, the study revealed a sizeable demand for greater government intervention in Iran’s stretched economy. A full 40 percent of those polled said they blamed the government for high unemployment, while 44 percent said the state should quadruple its aid to hard-up families during the current crisis. Another 43 percent were opposed to people having to “build their economic lives without waiting for the government’s aid” and 42 percent said they felt the state should pay for four-fifths of the cost of housing.

In the aftermath of a widespread boycott of the 2021 presidential election, just 22.4 percent of the survey’s respondents said they participated in elections “a great deal”, while 18.3 percent said their participation was “very low”. Another 72 percent said they had “very little” presence at political meetings of any kind, while 71 percent said they did not support any particular political faction.

The study also shed light on ordinary Iranians’ level of engagement with some specific institutions. As Iran sees off the fifth wave of coronavirus, more than 46 percent of people said they had “little” or “very little” faith in the performance of hospitals and clinics. Twenty-two percent said they participated “little” or “very little” in religious activities, and 75 percent reported having little to nothing to do with the Basij. Elsewhere, 56 percent said the same of charity work. More than 80 percent had little to no contact with trade unions.

The study appeared to show a generally low engagement rate with formal and state institutions in Iran, including those close to the corridors of power. But it also showed high expectations on the part of ordinary people, which do not appear to have diminished even as living conditions deteriorated.