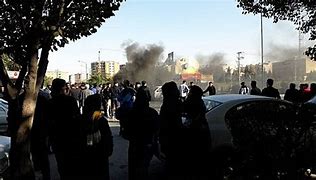 Iranwire – With just two months to go until the second anniversary of the November 2019 protests, and with related crackdowns on protesters and their loved ones still going on inside Iran, human rights defenders are poised for an historic legal case in London.

The international “people’s tribunal” known as the Aban Tribunal has been organized by Justice for Iran, Iran Human Rights, and the global NGO Together Against Execution. From a safe space in the heart of London’s Westminster this November, legal counsel and judges will establish exactly what happened in that bloody month and who ought to be held accountable in law.

In November 2019, widespread protests erupted in cities across Iran after the government announced a sudden three-fold hike in gas prices. The demonstrations were met with brutal suppression tactics by police and security forces, who opened fire on crowds in the streets, beat many severely and imprisoned thousands of mostly young people. Amnesty International puts the death toll at 304; Reuters estimates 1,500. For its part, the Islamic Republic claims 200 people were killed.

After protracted delays due to coronavirus and the sheer volume of witness testimonies, the Aban Tribunal is now slated for November 10 to 14. IranWire caught up with London-based human rights lawyer Hamid Sabi, who is serving as co-counsel and also served the 2012-13 Iran Tribunal on Iran’s 1988 prison massacre, to get an idea of what could happen.

The Aban Tribunal is due to hear testimonies from hundreds of people: protesters, but also those who fought on behalf of the regime in November 2019. It seeks to determine the scope and nature of the crimes and atrocities committed in Iran in that time. Some witnesses will be in-person, many more virtually, addressing a panel of eminent judges from all over the world.

Hamid Sabi was forced to emigrate to Britain in 1983 after being struck off the Tehran Bar Association by the Revolutionary Court. In two months’ time, he will serve as co-counsel on the Aban Tribunal. In March 2021, he told IranWire he and others had so far collected witness statements from some 200 people, many of whom will not be identified in court to preserve their safety.

Speaking to our reporter this week, Sabi said: “A large number of documents have been submitted to the court. We hope that some people living abroad will be able to participate physically. The rest, who are in Iran, can attend hearings via WhatsApp – of course, as long as there’s no disruption to the operation of WhatsApp in Iran by then.”

Those who cannot attend for whatever reason will have their already-recorded statements broadcast to the panel, judges and attendees in the courtroom. In the end, some 130 taped testimonies are due to be heard from people either directly affected by state brutality in November 2019 – those who were personally either injured or detained, or whose loved ones were killed, wounded or imprisoned – and bystanders. “The testimonies are collected from 40 different cities in Iran,” Sabi said. “Although it’s not possible to distribute all the testimonies in court due to their high volume, they will all be made available to the jury.”

The Aban Tribunal is the second international people’s tribunal to be held relating to crimes committed by agents of the regime. The Iran Tribunal was initiated on behalf of the “Mothers of Kharavan”: those who lost their children during mass executions in Iranian prisons in the 1980s. Held in the Hague in October 2012, the so-named Iran Tribunal took in documented and oral evidence to establish accountability for the crime.

On Friday, March 15, 2013, the tribunal met again in London. Judge Johann Kriegler, a former judge of the South African Constitutional Court, delivered a summary of his 52-page judgement that concluded: “The Islamic Republic of Iran has a strong case to answer for crimes against humanity under customary international law as applicable to Iran in the 1980s.” It was a world first, directly implicating the regime in the crimes of 1988 in the eyes of public opinion and the world.

Judgements handed down in these trials are symbolic rather than legally enforceable. But they can be useful in the building of future criminal cases. Last month, ex-Gohardasht Prison official Hamid Nouri became the first person to stand trial in connection with the 1988 atrocity after being arrested and charged with war crimes and murder in Sweden. Published results from the Iran Tribunal’s fact-finding commission, including interviews with 75 former prisoners, helped to cement the prosecutors’ case against Nouri.

All November 2019 Defendants Invited to Court

The Aban Tribunal’s contributing organizations say based on their findings so far, a grand total of 133 people could be culpable for crimes related to November 2019. These include officials in the Islamic Republic, Supreme Leader Ali Khamenei, former President Hassan Rouhani and some of his government ministers, as well as ex-judiciary chief and now President of Iran Ebrahim Raisi.

Each and every one of them has been sent formal notification of the proceedings and an invitation to attend and represent themselves. All those named, Sabi says, “either acted directly against the protesting citizens or ordered the killings…  An official letter has been sent to them but the court hasn’t received any response.

“We sent the letters via the ambassador of the Islamic Republic in The Hague, where the trial was scheduled to take place before it was postponed due to the pandemic. It was then put back to the second anniversary of the November 2019 protests. Later, when the hearings were rescheduled to take place in London, the summonses were sent again through the Iranian ambassador in London. They are therefore fully aware of the tribunal and the accusations.”

Many of those due to testify in the Aban Tribunal still live in Iran and there is the strong possibility they will be harassed, detained, tortured and jailed by the Islamic Republic if they are publicly identified. “The most important thing for us about all those who testify is their security,” Hamid Sabi told IranWire.

“In the process of recording the videos, we asked the witnesses to cover their faces, and to wear dark glasses, masks, and hats so that they wouldn’t be recognized. None of the testimonies bear their names. They were all recorded by one person only. Each witness has a number, and the file is registered in the systems with the same number, so that even if the Islamic Republic hacks our computers it will not have access to the names of the witnesses.”

Even most of the Aban Tribunal team members do not know the witnesses’ names. “These people’s names are just listed in a booklet. Only the person in charge of this work has access to it.”

Standing Up to Impunity

Many global political systems have committed untold violence against the people they were created to serve. But over the years, many state actors have also been forced to bear the full weight of public opinion – and criminal liability. The governments of the former Yugoslavia and Rwanda were initially “prosecuted” in popular courts, and only later convicted of crimes against humanity.

Hamid Sabi says the main purpose of the Aban Tribunal, like the Iran Tribunal before it, is for criminals in Iran to know that actions have consequences. For four decades, he said, “they have been spared prosecution. We hope that this move, with the help of witnesses and human rights activists, will help to change the situation of unquestioning non-punishment of state crimes in Iran, and that the authorities of the Islamic Republic will understand they will be held accountable in the end.”