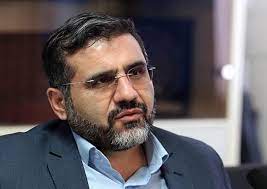 Iranwire – On Wednesday, August 25, the Iranian parliament gave its vote of confidence to Mohammad Mehdi Esmaili, President Ebrahim Raisi’s pick for the Ministry of Culture and Islamic Guidance. Raisi’s choice was greeted with anger and dismay by many artists in Iran and the diaspora, some of whom called him “illiterate” and even compared his cultural outlook to that of the Taliban. A statement issued by Iran’s National Union of Theater Directors expressed concern that, with Esmaili at the helm, the Iranian cultural sphere would be entering an “Stalinist” era.

Earlier, like other minister-designates, Esmaili had published his own four-year agenda for the ministry: an 83-page document that he was instantly accused of having copied from a dissertation that had been published in 2014.

In the manifesto, Esmaili announced that Iranian art galleries had become “counter-revolutionary” stamping grounds, while “revolutionary” artists were being ignored. In the  theatrical realm, he wrote, awards had consistently been going to “anti-revolutionary” artists who promoted “secularism”. He also variously blasted Iranian theater for “deviancy and vulgarity”, “homosexuality”, “praising indecent women” and most outrageously of all, “the de-stigmatization of lacking hijab by using wigs”.

Esmaili had no kind words for Iranian cinema either, calling it “immoral”, “non-revolutionary” and “contrary to Islamic values”.

“The entire manifesto of Raisi’s proposed Minister of Culture has been copied and pasted from a 2014 dissertation,” tweeted the film editor Ruhollah Ansari. “All the statistics come from 2014, and it predicted figures for 2021, but they were so lazy that when they changed the dissertation’s original title to ‘Culture Ministry Manifesto’ they forgot about the pandemic.”

The dissertation, Ansari noted, had predicted that the number of plays performed would reach from 4,993 in 2014 to 6,626 in 2021, a number that has been duplicated in Esmaili’s agenda, whereas all theaters have been closed in the past 18 months because of the pandemic.

Music reporter Bahman Babazadeh said the full 83 pages of Esmaili’s supposed plan of action were “astonishing… just look at the current situation and the program for the music field, and see what kinds of years are ahead of us. Pay attention to the words of the minister-designate: ‘horrifying’, ‘corrupt’, ‘rock and roll’.”

“How many movies have you seen, that you’re able to establish the percentage of indecent women?” demanded Kiumars Pourahmad, a veteran film director and screenwriter. “How many books have you read? How many concerts have you attended? How many plays have you seen on stage? How many painting and photography exhibitions have you visited?”

Pourahmad wondered aloud whether Esmaili even knew who some of the most famous Iranian artists were. “People like you,” he thundered, “who believe they are gods… come and go, and will always carry the badge of notoriety. But we, creators of art, will remain alive and reputable even after we’re dead.”

Homayoon Ghanizadeh, another Iranian filmmaker and screenwriter, was bemused: “I don’t know who you nor where you come from. In the 20 years I’ve been active, I have never seen a more illiterate nor a more inane minister-designate than you. And in the 40 years I’ve been observing and studying the art scene in my country, I have never seen such a culturally, artistically backward minister-designate.” He added that in the manifesto, Esmaili had labelled “sloppy” and “creepy” whatever he himself could not comprehend.

In a short message on Instagram, movie director Homayoun Asadian wrote that Esmaili’s manifesto resembled that of the Taliban for Afghanistan. “You’re a little late,” he wrote. “Your like-minded friends have made us laugh so much over these years, we have no patience left to laugh at your tasteless jokes, nor to shed tears for ourselves… By the way, did you hear your friends have entered Kabul? This is Iran.”

“At Least Read a Play”

In its own statement, the National Union of Theater Directors also addressed Esmaili directly: “Most unfortunately, your proposed program for the Ministry of Culture and Islamic Guidance shows your absolute ignorance of performing arts.”

Disparaging plays that had already been staged, the union added, “by saying things like ‘they undermine the revolution’, ‘promote secularism’, ‘induce despair’…and ‘promote un-Islamic lifestyles’, without citing so much as one example, is both mystifying and sad.

“A glance at your proposal’s false figures, false information and baseless assertions shows the road that you have chosen will only end with the destruction of performing arts in Iran.”

Apart from being “ridiculous,” the organization added, several items included notable typographical errors. Members advised him to “go to the theater, watch a play on film at home, or at least read a play.”

Theater director Hossein Kiani took a different tack, tweeting: “To whom must we go if we don’t want a minister of culture at all? Do you think someone like this, who’s bombarding the country’s arts and culture before even getting MPs’ vote of confidence… is qualified to take the helm making policy decisions for at least four years? I don’t believe he’s qualified for so much as a day, let alone four years.”

But, Kiani added, in all likelihood the mass objection to Esmaili’s manifesto would have zero effect on his ultimate trajectory. “We’ll have to line up yet again,” he wrote, “and watch somebody reinvent the wheel, and have his wheel destroyed in a rocky field that he himself laid out, so that he’ll gain an understanding of reality. The problem is that in the meantime, the lives and the experiences of artists are being wasted, and culture is going unbuilt.”

From Seminary Student to Minister of Culture

Demonstrably, the road the new minister of culture expects to travel is not the one many Iranian cultural behemoths had in mind. Esmaili’s emphasis on the current Iranian art scene being somehow degenerate or “counter-revolutionary” reflects the general outlook of Raisi’s government. For 40 years now, Iranian artists inside the country have been encumbered by worsening censorship and the outlook for any change in the near future looks bleak.

Esmaili is 46 years old and was formerly a seminary student at Shahid Motahari University and a pupil of Ahmad Elmolhoda, Mashhad’s Friday Imam. While Ebrahim Raisi was the custodian of wealthy and powerful bonyad the Astan Quds Razavi Foundation in the holy city of Mashhad, he was Raisi’s cultural advisor and the head of his Social Studies Office. Before this week, his main claim to fame was cancelling numerous music concerts in Mashhad in the mid-2010s.