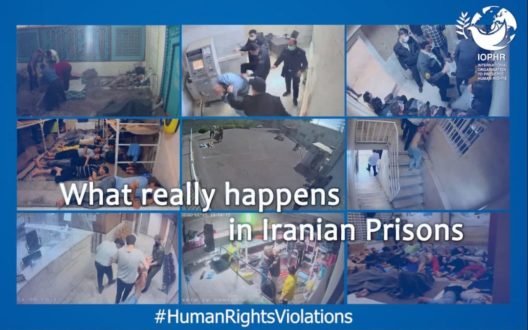 These images also demonstrate the Iranian regime’s violation of the binding provisions of General Assembly Resolution 111/54 of 15 December 2012, as well as the instructions of the first UN General Assembly on Crime Prevention adopted in Geneva in 1955, as well as Resolutions No. (663 C XXIV) dated 31 July 1957 and (2076 LXII) dated 13 May 1977 of the United Nations Economic and Social Council, of which Iran is a signatory.

The publication of these disturbing images once again reminds us of the undeniable fact that any agreement without focus on the issue of human rights violations in the system of the Islamic Republic of Iran, will be a legally invalid and politically unstable agreement.”

The statement ended by reiterating the need to impose political and diplomatic sanctions aimed at limiting the destructive activities of the Islamic Republic.

For the full statement see below link: