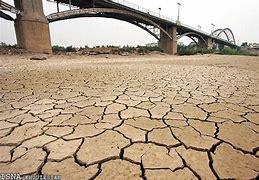 VOA – When the civil war erupted in Syria a decade ago, some Middle East observers and climate scientists argued drought was one of the significant drivers of the conflict.

Drought in the years preceding the war caused an agricultural collapse in parts of eastern and northern Syria, forcing rural families to migrate to cities in ever larger numbers and it intensified the competition over already scarce resources and jobs.

Water shortages may become a trigger in other countries in the region for unrest and rebellion, fear analysts and diplomats, and they point to water feuds between neighboring states and protests over water shortages that have erupted this year in a swathe of the Mideast and North Africa as harbingers of more prolonged political and social trouble ahead.

Algeria, Iran, Iraq, Sudan and Yemen have all seen drought-related frustrations boiling over with government mismanagement and corruption blamed by locals for water shortages as much as climate change.

In Iran at least three people, according to authorities, were killed during weeks-long violent protests over water shortages in the southwest province of Khuzestan province and in the city of Aligoodarz in Lorestan province. Iranian government-run media said the deaths were the result of “suspicious bullets shot by some unknown people.”

Iranian authorities have been treating the water protests much as they have handled pro-democracy agitation — with an eye to containing the demonstrations geographically by disrupting information and shutting down the Internet and blocking social media, say Iranian dissidents.

Locals contacted by VOA say protesters were shot dead by police and security agents and that the death toll is much higher than three. Amnesty International says at least eight protesters have been killed in seven Iranian cities in recent weeks and that the security forces have fired live ammunition and birdshot to try to suppress the protests.

“Using live ammunition against unarmed protesters posing no imminent threat to life is a horrifying violation of the authorities’ obligation to protect human life. Protesters in Iran who take to the streets to voice legitimate economic and political grievances face a barrage of gunfire, tear gas, and arrests,” said Amnesty International’s Diana Eltahawy.

The head of Iran’s meteorological service has said October 2020 to mid-June 2021 were the driest months on record in the past 53 years. Iran’s energy minister has acknowledged the country is facing a water crisis.

Kaveh Madani, former deputy head of Iran’s Department of Environment and now a fellow at Yale University, said last week in a tweet that Iran’s water challenge is so serious now “that its effects will not be eliminated without fundamental changes in the model of development and the economy. Fundamental change requires both political will and economic resources.”

He has been arguing for years that Western analysts have too often overlooked the importance of water as a contributor to conflict in the Mideast and drought as a catalyst of social and political instability. Drought has been an historical constant in the parched region, but water shortages are becoming more intense and for greater lengths of time thanks to longer dry seasons and higher temperatures and falling rain levels. Climate scientists say this is because of global warming.

“Reducing the significance of the government’s role in destroying water resources by mentioning drought/climate change first is absurd. This regime created this man-made drought,” he tweeted. Kowsar has been criticizing Iran’s water management since the 1990s, especially for its emphasis on dam-building — a short-term solution to a long-term problem, he argues. Kowsar says large dams in a hot and dry country are a waste of time as too much water evaporates from the reservoirs.

Neighboring Iraq, too, is struggling with acute and chronic water shortages and its dam-building has also proven counter-productive, say critics. “Evaporation from dams and reservoirs is estimated to lose the country up to 8 billion cubic meters of water every year,” Britain’s Chatham House reported in a study earlier this year.

“Historically, Iraq lay claim to one of the most abundant water supplies in the Middle East. But the flow of the Tigris and Euphrates rivers has reduced by up to 40% since the 1970s, due in part to the actions of neighboring countries, in particular Turkey, upstream. Rising temperatures and reduced rainfall due to climate change are also negatively impacting Iraq’s water reserves,” said their team of Mideast researchers in their report.

And they noted: “Shortages have also served to fuel conflict: communities faced with successive droughts and government inertia proved to be easy targets for ISIS recruiters, who lured farmers into joining them by offering money and food to feed their families. Economic hardship for those whose livelihoods relied upon river water has also driven rural to urban migration, putting significant strain on already over-populated towns and cities, exacerbating housing, job and electricity shortages, and widening the gap between haves and have-nots.”

To make up for shortfalls farmers and governments across the region are pumping huge amounts of groundwater, which longer-term is unsustainable and risks turning fertile land into deserts. In 2015, NASA satellites mapped out the cumulative freshwater losses in the region since 2002 and found parts of Iran and Iraq had seen from 6 inches to 10 inches of groundwater depletion thanks largely to human activity.

“Groundwater depletion in Turkey, Syria, Iraq and Iran, and along the Arabian Peninsula, are leading to large changes in total water storage in the region,” reported NASA’s Gravity Recovery and Climate Experiment mission. “Likewise, drought and groundwater pumping is contributing to the drying of the Caspian Sea Region. The Northwest Sahara Aquifer System, which underlies Tunisia and Libya, is also experiencing increasing water stress,” it added.

As the crisis unfolds, there are also risks of conflict between neighboring states competing over scarce water resources. In April, Egyptian leader Abdel Fattah el-Sissi warned of the risk of conflict over Ethiopia’s giant dam on the Blue Nile after water talks involving the two countries and Sudan ended inconclusively. “I am telling our brothers in Ethiopia, let’s not reach the point where you touch a drop of Egypt’s water, because all options are open,” he warned.