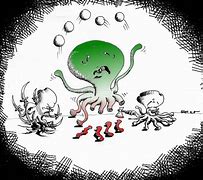 Iranwire – IranWire understands that since last month, a major campaign has been underway to supply members of Lebanese Hezbollah with the Iranian-made CovIran-Barekat vaccine.

This is happening while inside Iran, less than five percent of the population has received two doses of any brand of Covid-19 vaccine, while the country is grappling with a fifth wave of new infections spurred by the Delta variant.

An informed source has told IranWire that members of Lebanese Hezbollah and their families began to receive Covid-19 vaccines from Iran about a month ago. The operation, initially limited, has gradually expanded in scope.

Iran’s domestic CovIran-Barekat is being developed by a subsidiary of the Executive Headquarters of Imam’s Directive (“Setad”), a massive conglomerate under the direct control of Supreme Leader Ayatollah Khamenei.

This product has yet to receive approval from the World Health Organization (WHO) and no data or information is available on its efficacy, the size of clinical trials, or the ingredients. Nevertheless, it has received an emergency permit for use inside Iran.

In early July, it was widely reported that some 1.2 million doses of CovIran-Barekat had been “taken out of circulation”. The pharmaceutical company producing the vaccine, Shifa, was forced to deny this had been a case of US “sabotage” while Setad’s own spokesman told reporters the doses had simply been “lost”.

The assumption was that these 1.2 million shots had somehow been spoiled, or there had been problems in filling up vials at the plant. Asghar Abdoli, Barekat’s pharmaceutical expert, finally told Tasnim News Agency: “These doses were sub-standard.”

Now, IranWire’s source says an as-yet unquantified number of CovIran-Barekat vaccines have been gifted to Lebanese Hezbollah. The paramilitary group, a proxy for the Islamic Republic in the wider region, already receives not only arms and military equipment but fuel and food from Iran. As secretary-general Hassan Nasrallah has said in the past: “Our bread and water, our arms and missiles, they all come from Iran.”

Inside Iran, on July 26 alone another 322 people were recorded to have died from Covid-19. The true figure is likely to be higher. Some 8,000 people were hospitalized with severe symptoms just in Tehran, while hospitals in Alborz and Qazvin are at capacity. In some major cities such as Rasht, the capital of Gilan province, most hospitals still do not have the necessary facilities to treat Covid-19 patients 18 months into the pandemic.

Last week Deputy Health Minister Iraj Harirchi apologized for delays to Iran’s domestic vaccination drive, conceding that the Iranian government had failed to fulfil its promises to the people regarding the timeline.