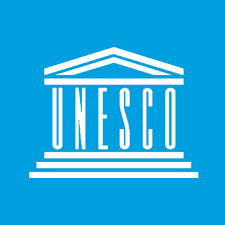 The committee announced on July 25 that the railway, which connects the Caspian Sea in the northeast with the Persian Gulf in the southwest, has been added to the list, along with three other sites.

“Started in 1927 and completed in 1938, the 1,394-kilometer-long railway was designed and executed in a successful collaboration between the Iranian government and 43 construction contractors from many countries,” UNESCO said in astatement announcing the railway’s addition to the list.

The railway is notable for its scale and the engineering work that was required to overcome steep routes and other difficulties, UNESCO said. Its construction involved extensive mountain cutting in some areas, while the rugged terrain in others dictated the construction of 174 large bridges, 186 small bridges, and 224 tunnels.

Unlike most early railway projects, construction of the Trans-Iranian Railway was funded by national taxes to avoid foreign investment and control, UNESCO added in its statement.

The other sites inscribed on the list are China’s Emporium of the World in Song-Yuan, India’s Kakatiya Rudreshwara Temple, and Madrid’s tree-lined Paseo del Prado boulevard and the adjoining Retiro park.

The World Heritage Committee of the United Nations Educational, Scientific, and Cultural Organization announced the additions to the World Heritage List after an online meeting in Fuzhou, China.

World Heritage sites can be examples of outstanding natural beauty or architecture, or they can be important geologically or ecologically or keys to human culture and tradition.