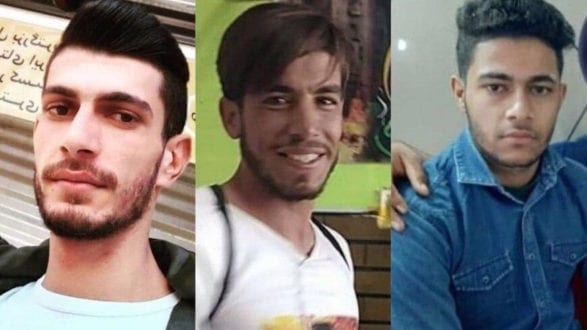 Iran-HRM – Khuzestan water shortage protests continued for the fifth consecutive night on Monday, July 19 in at least 17 cities in the southwest province.

Large numbers of anti-riot police were dispatched to the restive cities including the suburbs of the capital Ahvaz and the cities of Susangerd and Shush to quell the protests.

In Chamran (Jarahi), riot police attacked protesters with tear gas. Gunshots are heard in the background of some videos. Riot police used brutal force to suppress the protesters. They tried to disperse the demonstrators with pepper sprays, tear gas, and shotgun shells.

July 19 – Susangerd, W #Iran
Demonstrators demand the release of locals who have been arrested during #IranProtests for water in #Khuzestan
They chant in Arabic “free our prisoners”.#خوزستان_تنها_نیست pic.twitter.com/JMNXSYsqaB— IRAN HRM (@IranHrm) July 19, 2021

July 19 – Ahvaz, SW #Iran
The state security forces are using brutal force to quell protests in Koye Alavi neighborhood. The sound of heavy gunfire can be heard in the video. There are reports of police attacking locals in other cities of #Khuzestan #خوزستان_تنها_نیست pic.twitter.com/V5qBLUQFbS— IRAN HRM (@IranHrm) July 19, 2021

There are also reports of internet disruption amid the Khuzestan water shortage protests in the restive cities.

Activists said that in Kuy Alavi district of Ahvaz, anti-riot units are not only opened fire on protesters, but also demolished people’s property and set ablaze to later blame the protesters.

During street protests in recent years, the Iranian regime officials called the protesters “seditionists” and accused them of sabotaging and breaking the windows of public buildings and cars. However, numerous videos and images on social media showed security officials taking such action.

Despite the increase in anti-riot police and the crackdown on Khuzestan water shortage protests, more people, including women, fame to the streets on Monday. The locals in Khorramabad in the neighboring province of Lorestan also joined the protests against water shortages. Iranians blame the regimes’ long-running mismanagement for the severe water shortages in Khuzestan Province.

At least two people have been killed since the protests began on July 15. Unconfirmed reports put the death toll at four.

On Sunday, the deputy governor of Khuzestan province in charge of security affairs acknowledged the unrest had killed at least one person. The state-run IRNA news agency quoted Valiollah Hayati as blaming “rioters” for killing a citizen in the city of Shadegan in Khuzestan. Iran’s government long has blamed protesters for deaths during demonstrators in unrest, despite its history of bloody crackdowns.