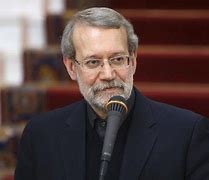 RFL/RE – The influential political scion and speaker of Iran’s parliament, Ali Larijani, has demanded an explanation from the country’s vetters as to why he was excluded from running in next week’s Iranian presidential election.

Larijani’s query toward the hard-line Guardians Council follows that body’s disqualification of hundreds of would-be candidates in a familiar feature of Iranian elections that left just seven contenders to succeed incumbent Hassan Rohani.

There are no prominent critics of the senior leadership or Supreme Leader Ayatollah Ali Khamenei, who holds ultimate power in Iran’s clerically dominated system, among them.

“Dear Guardians Council, please, between yourself and God, in view of proving the falsity of the reports given to that council regarding me and my family, state all the reasons for my disqualification formally and publicly,” Larijani tweeted.SEE ALSO:Is Iran Paving The Way For Hard-Line Cleric Raisi To Become President?

With just seven days to go before the June 18 vote, it is unclear what the intended effect of Larijani’s public challenge could be.

Khamenei first shrugged off criticism of candidate vetting but then made an unusual public call on June 4 for the Guardians Council to review its decisions, saying “some candidates were wronged” and “accused of untrue things.”

Larijani is a notable moderate conservative from an influential political family who was a top negotiator in Iran’s dealings with the international community over its nuclear program.

At the time of his disqualification last month, Larijani said merely that he had “done my duty before God and my dear nation.”

There are reportedly fears within Iran’s establishment that disaffected Iranians will stay away from the presidential vote in large numbers, further denting its credibility.SEE ALSO:Disgruntled Iranians Say ‘No Way,’ Call For Boycott Of June Presidential Election

Rohani, a relative moderate on a carefully controlled political landscape dominated by anti-Western conservatives, is barred from running for a third term.

Ahmadinejad was also among those barred from running in this month’s vote.

The disqualifications are widely seen as bolstering the prospects of one of the most hard-line candidates, judiciary head Ebrahim Raisi.

A record 57 percent of Iranians did not vote in parliamentary elections in February 2020 in which thousands of candidates, many of them moderates and reformists, were barred from running.